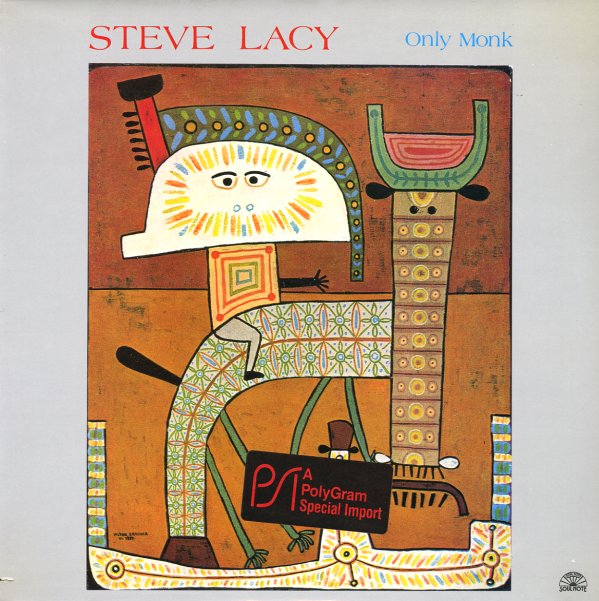 Solo performances on soprano saxophone!
(Out of print.)

Stamps (with bonus track)
Hat Hut/Corbett vs. Dempsey, 1979. Used 2 CD's
CD...$11.99 (CD...$15.99)
A massive double-length set from saxophonist Steve Lacy – and maybe one of the strongest 70s statements from his legendary European quintet! The album features two different live performances – each of which open up in the brilliant freedoms allowed by the European scene since the end ... CD

Soprano Sax
Prestige/OJC, 1957. Used
CD...$6.99
A stone classic from Steve Lacy – a record that was nearly as important to the soprano sax in jazz as it was to Lacy in his career! In one record, Lacy almost single-handedly takes the soprano sax into the modern age – working before Coltrane and others to push the instrument from its ... CD

Verona Rag
Soul Note (Italy), 1988. Used
CD...$9.99
Solo piano from Andrew Hill – done in that long-flowing mature style that he pulled out in later years – an approach that could be as warm as it was constantly creative! Titles include "Retrospect", "Afternoon In Paris", "Verona Rag", "Darn That ... CD

Feels So Good
A&M, 1977. Used
CD...$6.99
A fantastic record – one we shouldn't love as much as we do, and a set that's the crowning 70s achievement of Chuck Mangione! Mangione was the master of the smooth line on flugelhorn – and he really shines on the album's title track – done here at almost 10 minutes in length, ... CD

Irresistible
Island, 1989. Used
CD...$8.99
An irresistible classic from Miles Jaye – possibly his best-known album, bouncing along with plenty of beats at the end of the 80s! The rhythms are plenty programmed, but Miles' vocals provide a great warm sense of contrast – soaring out with fluid, mature tones that are mighty nice, ... CD