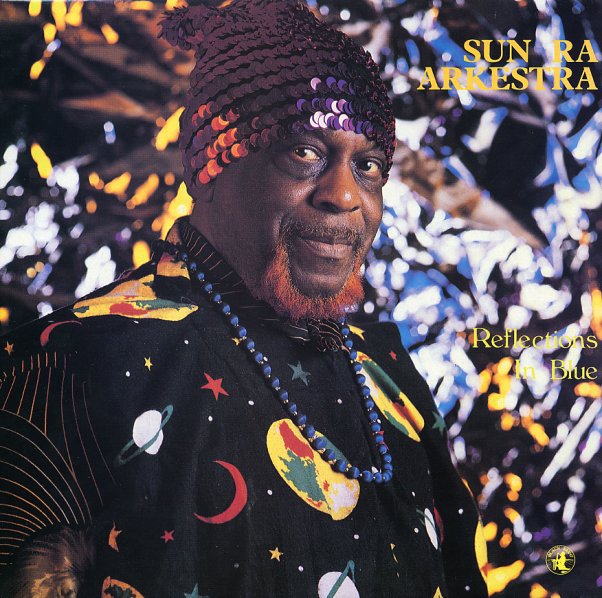 A later classic from Sun Ra – a record that brought his music to a much wider audience in the 80s, and which bears one of his most beautiful cover shots ever! The record's got a wonderfully tight feel – a sound that's often not as out as Saturn sides, and which shows Ra's ability to lead a larger ensemble with a very complex sound – drawing on Ellingtonish roots, but inflecting them with his own space-tuned sensibilities! Players include Tyrone Hill on trombone, Pat Patrick on alto and clarinet, Marshall Allen on alto and flute, John Gilmore on tenor and clarinet, and James Jacson on bassoon and african drums – and Ra himself plays synth as well as piano. Titles include "Yesterdays", "Say It Isn't So", and the originals "State Street Chicago" and "Reflections In Blue".  © 1996-2020, Dusty Groove, Inc.
(Out of print.)