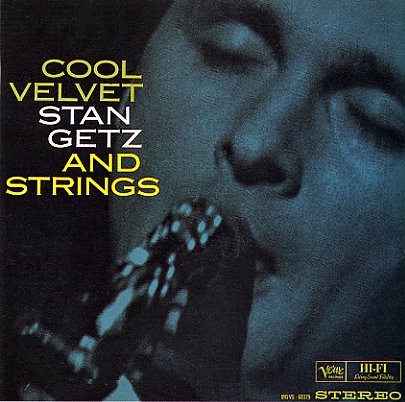 Very groovy CD that brings together 2 different albums that Stan Getz cut with larger groups and more baroque orchestrations than usual. The Cool Velvet set is from 1960, and has Stan's breathy alto blowing with arrangements by Russ Garcia. The material has Garcia's usual off-kilter sense, and although the sound is a bit 50's, Getz cuts through the tracks nicely. The real treat, though, is the incredible Voices album, which has stunning arrangements by Claus Ogerman, and beautiful jazz playing by Herbie Hancock, Jim Hall, Ron Carter, and Artie Butler. We love this album to death, and it's filled with some of Getz's best playing of the 60s. Titles include "Zigeuner Song", "Infinidad", "Darling Joe", "Once", and "Nica's Dream". The whole CD's packaged beautifully, and it's got a total of 21 lovely lovely tracks!  © 1996-2022, Dusty Groove, Inc.
(Out of print.)

Vice Pres
Verve, 1951/1952/1954. Used
CD...$4.99
Some of the greatest work as a leader ever cut by tenorist Paul Quinichette – longtime Basie alum, and a key player who was the "Vice Pres" next to Lester Young's "Pres". The CD combines a huge batch of tracks from the early 50s – including titles from the album The ... CD