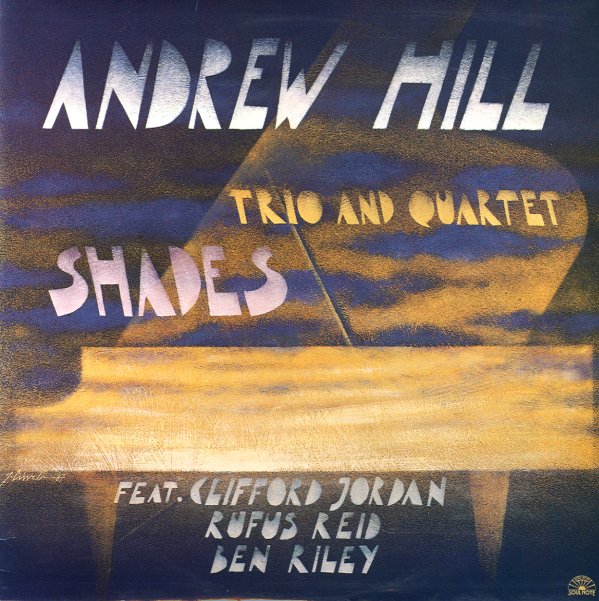 Andrew Hill works mostly in a trio here – a great group with Rufus Reid on bass and Ben Riley on drums – but also gets some help from Clifford Jordan's tenor on a few tracks, which really makes the album stand out from other Hill dates of the time! The core group is already great – and Reid and Riley bring a slightly straighter vibe to the date, and a sound that's filled with plenty of soul – and when Jordan joins in, there's almost a classic hardbop approach going on – quite a change from usual for Andrew, and proof that he can handle just about anything that comes his way. Hill still throws out plenty of creative piano lines throughout – those deft, modern moments that are always illuminating, even amidst a straighter swing – with a tension that's not unlike his Grass Roots album. Titles include "Ball Square", "Domani", "La Verne", "Monk's Glimpse", and "Tripping".  © 1996-2023, Dusty Groove, Inc.
(Out of print, small cutout hole through case.)