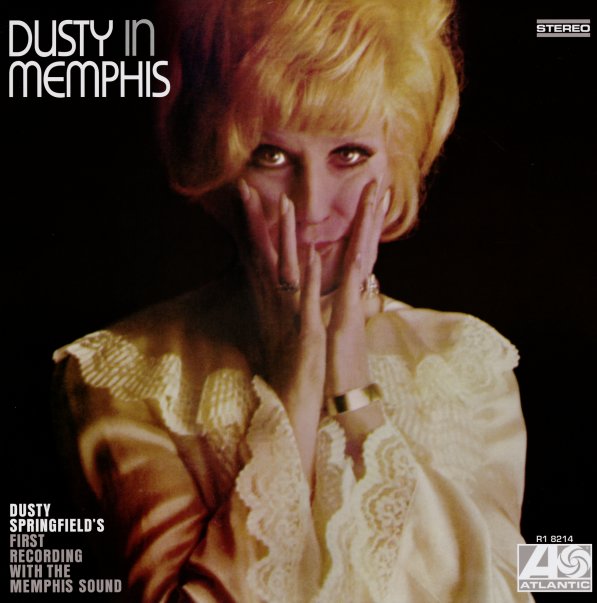 Dusty In Memphis (with bonus tracks)

A landmark album for Dusty Springfield – one in which she more than proves her soul music talents, by taking a trip to Memphis, and recording in a sweet Atlantic soul mode! The album's handled by stellar talents all the way through – arrangements by Tom Dowd and Arif Mardin, production by those two and Jerry Wexler, backing vocals by The Sweet Inspirations, and studio work from the likes of Tommy Cogbill, Bobby Wood, Bobby Emmons, and other talents that were huge on the Memphis scene at the time. Titles include Dusty's famous reading of "Son Of A Preacher Man", plus "The Windmills Of Your Mind", "So Much Love", "Just A Little Lovin", "In The Land Of Make Believe", and "No Easy Way Down".  © 1996-2022, Dusty Groove, Inc.
(Out of print, BMG music club pressing.)

I've Been Doin' Some Thinkin'
Atlantic/Collectables, 1968. Used
CD...$6.99
Great Atlantic work from Mose – cut in the early years of his rediscovery by the hippie crowd, but with a tight small combo mode that recalls his classic 50s recordings for Prestige! The group on the set's a trio – with Mose on piano and vocals, Red Mitchell on bass, and Bill Goodwin ... CD

Songs Of The Beatles
Atlantic, 1981. Used
CD...$9.99
Sarah Vaughan sings the Beatles – and does a pretty great job, too – thanks to backings from Marty Paich! CD

Hello There Universe
Atlantic/Collectables, 1970. Used
CD...$4.99
One of Mose's best albums for Atlantic – an ambitious session that features larger arrangements backing him up, making for a much fuller sound than on other records! The album includes a greatly grooving version of "Wild Man On The Loose" – done with this cool sneaky organ ... CD

Anita O'Day Sings The Winners
Verve, Late 50s. Used
CD...$4.99
Anita O'Day pays tribute to Downbeat poll winners by singing vocal versions of their big hits in this lively set of jazz tracks from the 50s! Arrangements are by Marty Paich and Russ Garcia, both swinging as nicely as they ever did – and the setting of the album keeps Anita nicely in line, ... CD

Claire Austin Sings When Your Lover Has Gone
Contemporary/OJC, 1956. Used
CD...$4.99
Claire's the wife of drummer Chuck Austin, and as far as we know, this classic set of west coast vocal jazz is the only album she ever cut. The set features spare backing by a quintet – with Barney Kessel, Stan Wrightsman, Shelly Manne, Morty Corb, and Bob Scobey – and the overall ... CD

Easy Living
Pablo, 1983. Used
CD...$5.99
A beautiful late duo set from Ella Fitzgerald and Joe Pass – who'd worked together on a number of terrific sets in the 70s & 80s – always with an excellent, intuitive communication – which culminated in the lovely Easy Living in the early 80s! Here they work with material ... CD