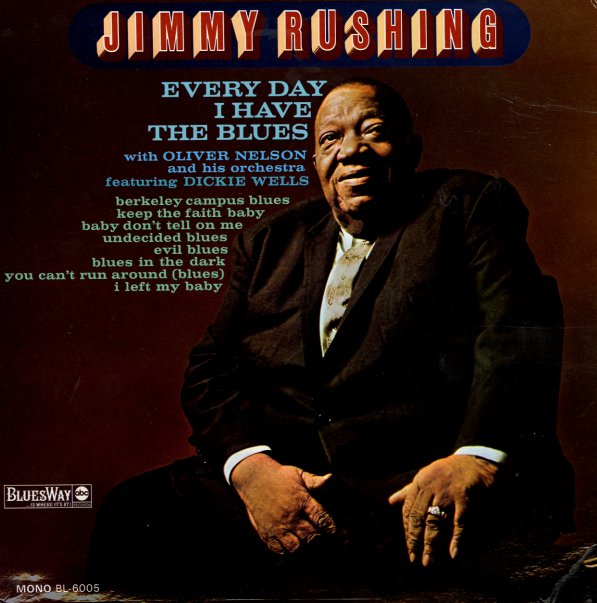 Every Day I Have The Blues

The magnificent voice of Jimmy Rushing gets superb jazzy backing from the great Oliver Nelson! Includes Shirley Scott on organ and Grady Tate on drums, too!  © 1996-2021, Dusty Groove, Inc.
(Cover has light wear and a slightly bent top left corner.)

Heat Wave
Concord, 1982. Very Good+
LP...$8.99
In our opinion, Carmen always sounds best when she's singing with a small jazz combo backing her up – which is why we dig this tasty set from the early 80s, recorded with a great group led by Cal! The album's got some nice Latin touches – thanks to piano by Mark Levin, and conga work ... LP, Vinyl record album