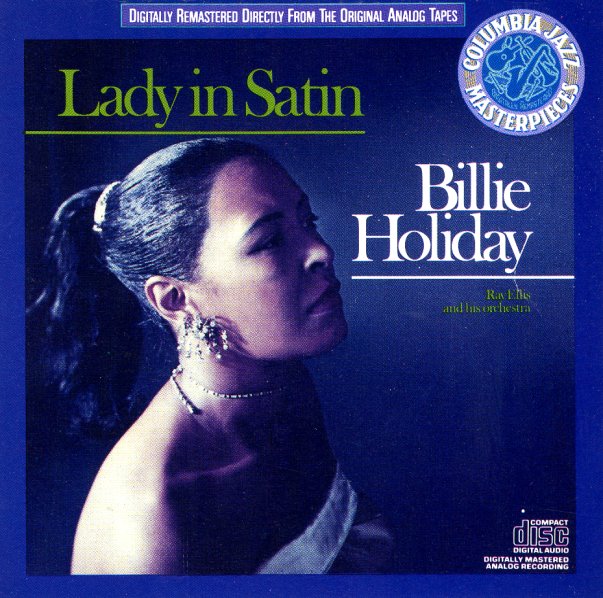 One of Billie's last recordings, and an incredibly striking batch of songs arranged by Ray Ellis with a sad, fragile ege that's perfect for the style of her later work. Billie's voice is faltering, but in a way that only makes the songs sound more personal and more compelling – and although most of the tunes on the set are standards, Billie's presentation of them completely transforms the numbers, and we can bet you'll never heard these songs the same way again after hearing this album! Titles include "Violets For Your Furs", "You've Changed", "But Beautiful", "Glad To Be Unhappy", "I'll Be Around", and "I'm A Fool To Want You".  © 1996-2022, Dusty Groove, Inc.
(Out of print Columbia Jazz Masterpiece pressing.)

Suddenly It's The Hi Lo's/Harmony In Jazz
Collectables/Columbia, Late 50s. Used
CD...$6.99
Dreamy harmony jazz from the great Hi-Los – one of the hippest groups of the 50s, with a sweet quartet approach similar to The Four Freshmen, and which had a huge effect on pop in the 60s! The tunes on the set feature the group working with either Frank Comstock or Marty Paich – in an ... CD