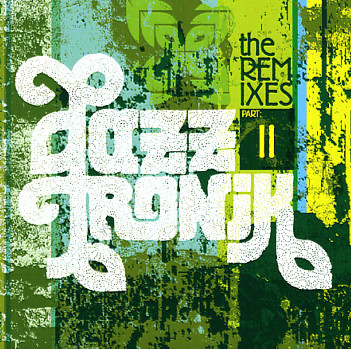 Jazztronik alone are great enough – but this excellent collection really takes them to a whole new level, by letting in collaborative talents on a host of remixes – all of which further expand the groove of Jazztronik's recent Cannibal Rock and En:Code albums! In recent years, Jazztronik have deepened their sound even more than before – working in bright Brazilian and Latin influences to their mix of cosmic and jazzy dancefloor modes, all of which dance together beautifully in this wonderful set of work. The album is way more than just one of those "hey, let's let someone else mess with the originals" sort of projects – as all tunes here really keep the original Jazztronik spirit burning bright, and respect the vibe that first allowed all of this to happen! Titles on this second volume include "Tiger Eyes (Needs rmx)", "Pathways (2 Banks Of 4 bi-polar re-edit)", "Phoenix (Terry's Voice rmx)", "Rio Sol E Mar (2000 Black rmx)", "Listen To Your Love (DJ Mitsu rmx)", "Cannibal Rock (Soil & Pimp sessions rework)", "Beeping (Domu rmx)", "Dentro De Mim (Phil Asher's Restless Soul rmx)", and "Dentro Mi Alma (Reel People rmx album edit)".  © 1996-2021, Dusty Groove, Inc.
(Out of print, includes obi.)