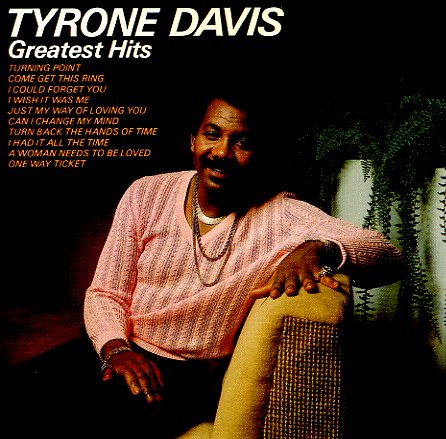 That's The Way Of The World (expanded edition)
CBS, 1975. Used
CD...$3.99 (CD...$4.99)
Amazing! Earth Wind & Fire's ultimate moment of the 70s – and a perfect blending of all their influences that stands as a lasting tribute to their super-huge effect on soul music! The record features all aspects of the band coming into perfect cohesion – bassy funk, mellow soul, ... CD

Naked Truth
CBS/Expansion (UK), 1988. Used
CD...$9.99
A sweet late 80s soul set from Leata Galloway – a great singer with a strong musical theater background and too few solo soul sets like this one! Leata's voice is naturally deep, but her range is incredible – which allows her to bring both heavy strength and fragile delicacy, plus ... CD

Bobby Womack Anthology
Capitol, Late 60s/1970s. Used 2 CDs
CD...$14.99
Bobby Womack is one of the greatest soul singers ever – and an artist that you probably don't own enough records by, right? Correct that situation right away, by checking out this superb 2CD set – a wonderful collection that brings together 44 tracks from Bobby's best years! Womack ... CD