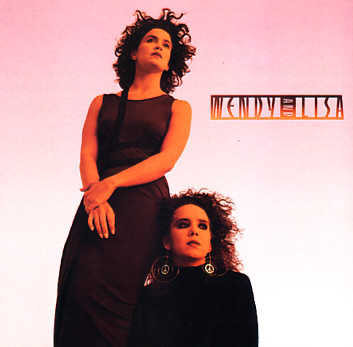 A classic post-Prince project from the team of Wendy Melvoin and Lisa Coleman – work that builds off the funky pop sensibility they first forged with the purple one, but which comes across a bit more mainstream overall! There's certainly some of the snappier rhythms that the pair worked in while with Prince & The Revolution, but there's also plenty of late 80s pop production on the keyboards, drums, and vocals – that kind of compressed approach that sounded great on mainstream radio, and which seems especially focused here on the hooks of the tunes. Titles include "Waterfall", "Sideshow", "Honeymoon Express", "The Life", "Chance To Grow", "Blues Away", and "Light".  © 1996-2021, Dusty Groove, Inc.
(Includes the lyric sleeve. Cover has a promo stamp, light wear, minor stains along the bottom, and a small piece of tape and date in pen at the opening.)

Spirit
Columbia, 1976. Very Good+
LP...$16.99
A big hit for the group – and a great album of smooth funky soul! Spirit is a perfect example of the way that Earth Wind & Fire could tighten things up, yet still keep them real – holding onto the deeply spiritual side that first made them great – but also focusing their ... LP, Vinyl record album

I Am
Columbia, 1979. Near Mint- Gatefold
LP...$6.99
A megahit album from Earth Wind & Fire – a record that spawned 2 of their biggest numbers ever – the mellow classic "After The Love Has Gone", and the club classic "Boogie Wonderland"! The rest of the album is equally great to follow in the strength of those two ... LP, Vinyl record album

Maurice White
Columbia, 1984. Sealed
LP...$4.99
The only solo album ever recorded by Maurice White – an upbeat and soulful set that's right up there with his best 80s work in Earth Wind & Fire! Like that group at the time, White's hitting a rhythmic side that's more electronic at points – letting beats and keyboard bits stand in ... LP, Vinyl record album