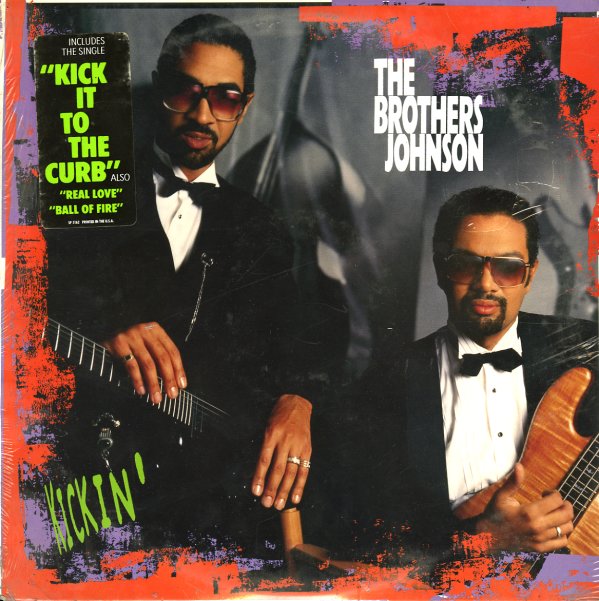 Light Up The Night
A&M, 1980. Very Good Gatefold
LP...$5.99
More hit magic from the Brothers Johnson – still working with Quincy Jones at this point, and virtually setting up the blueprint for jazzy soul in the 80s! Backings are by an all-star team, and Rod Temperton's helping out Quincy with arrangements – going for that snapping groove ... LP, Vinyl record album

Right On Time
A&M, 1977. Very Good
LP...$9.99
A funky classic from the Brothers Johnson – sweet funky soul, done with a polish few could match! The pair are still working with Quincy Jones at this point, and the record's filled with lots of tight jazzy grooves that certainly show Quincy's touch – and which set the record apart ... LP, Vinyl record album

Brilliance
A&M, 1982. Near Mint-
LP...$8.99
The title's certainly right on this one – because Atlantic Starr serve up a really brilliant blend of electro funk and mainstream soul – balanced with that near-perfect sound that made them one of the best groups of their generation! Despite the size of the combo, the sound is ... LP, Vinyl record album

Straight To The Point
A&M, 1980. Very Good
LP...$6.99
Atlantic Starr definitely get straight to the point on this set – bursting out strongly with an upbeat groove from the very first note – all produced to perfection by maestro Bobby Eli, in the same manner as some of his other great late 70s work for other artists! The group's a big one ... LP, Vinyl record album

Shine On
A&M, 1980. Very Good+
LP...$4.99
Massively solid boogie work from Jeffrey Osborne and LTD – still grooving beautifully at the end of the 70s, and working here with top-shelf production from Bobby Martin! The set's got that buoyant LTD groove that was a perfect foil for Osborne's soaring vocals – a sound that never ... LP, Vinyl record album

Togetherness
A&M, 1978. Very Good+
LP...$9.99
Jeffrey Osborne's really emerging strongly here in the mellow soul mode – especially on the album's two great ballad cuts, "Concentrate On You" and "We Both Deserve Each Other", both of which are smooth mellow steppers with a modern soul approach that's slightly less ... LP, Vinyl record album

Brother To Brother
A&M, 1978. Very Good+ Gatefold
LP...$5.99
A really standout bit of blue-eyed soul from Gino Vannelli – the kind of record that shouldn't be so great, but really holds up well over the years! The style is tight and studio-oriented – somewhere in the mode of Bobby Caldwell and some of Gino's other cross-over contemporaries ... LP, Vinyl record album

Dancing Up A Storm
A&M, 1979. Very Good
LP...$0.99
(Cover has light wear and a cutout notch. Vinyl has a slight warp that does not affect play.) LP, Vinyl record album