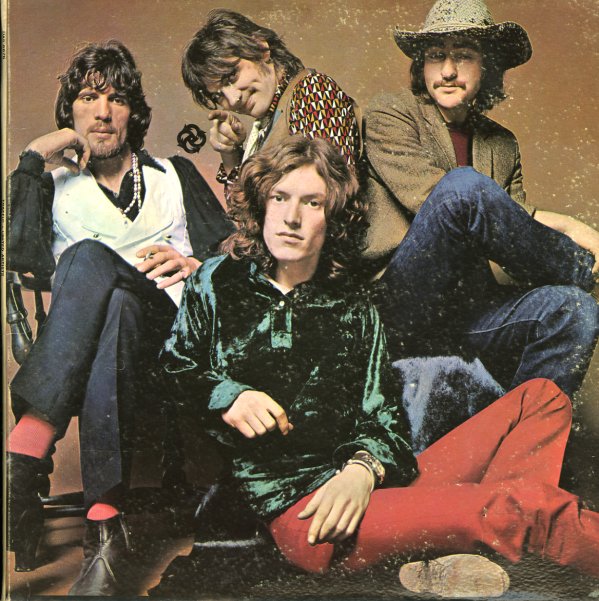 The second album from Traffic, and a set that forever cemented their legacy in the annals of modern music – a set that has Dave Mason returning to the group after a brief hiatus, and maybe helping the quartet find a tighter, rootsier sound overall! The approach here is nicely mixed – almost half Dave Mason moments, and half from the energy of Jim Capaldi and Steve Winwood – held together wonderfully by the reed work of Chris Wood! There's a few key classics here, and lots more overlooked gems – and titles include "You Can All Join In", "Forty Thousand Headmen", "Pearly Queen", "Who Know What Tomorrow May Bring", and "Feelin' Alright".  © 1996-2022, Dusty Groove, Inc.
(US purple label Island pressing in a barcode cover, with some light wear.)

Mr Fantasy
United Artists, 1967. Very Good+
LP...$19.99
The incredible first album from Traffic – a record that was already way ahead of the pack, and would set the tone for so many other sounds and modes from others in years to come! At some level, the group were just coming off the big beat group years in the UK – that time of strong ... LP, Vinyl record album

On The Road (single LP pressing)
Island, 1973. Very Good+ Gatefold
LP...$5.99
Recorded live on tour in Germany. Titles include "(Sometimes I Feel So) Uninspired", "Shoot Out At The Fantasy Factory", "Low Spark Of High Heeled Boys", and "Light Up Or Leave Me Alone". LP, Vinyl record album

Low Spark Of High Heeled Boys
Island, 1971. Very Good
LP...$11.99
A huge album from Traffic – a set that was first given to the world in a strange-shaped cover – which seemed to grace countless record collections back in the 70s! The group is expanded to a sextet here – with bass from Rick Grech and percussion from Rebop Kwaku Baah – both ... LP, Vinyl record album

Space Ritual – Alive In Liverpool & London
United Artists, 1973. Very Good+ 2LP Gatefold
LP...$39.99
A seminal set from Hawkwind – a record that virtually defines the term "space rock", and which went on to create a whole genre unto itself! The live setting is perfect for the group – as they open up on long tracks that blend together odd touches, sci fi elements, and some ... LP, Vinyl record album