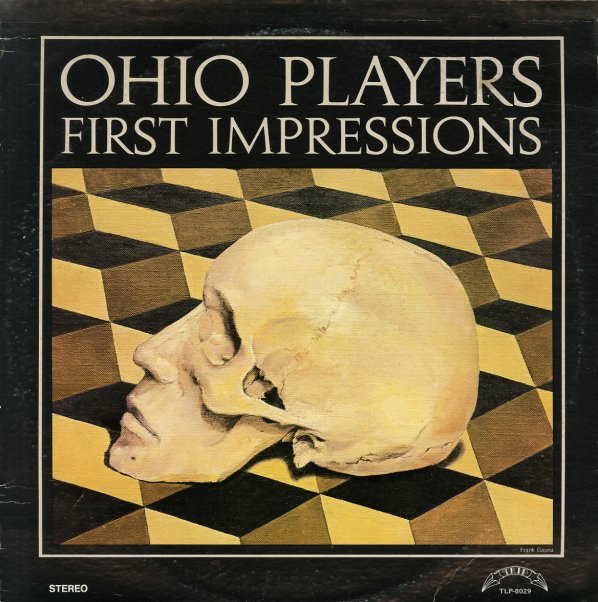 One of the many obscure albums of material by The Ohio Players – material that was recorded in the late 60's by Capitol, but frequently repackaged and retitled in the early 70's to cash in on the big hit status of the band. The band has elements of their funky 70s style on Westbound – but also sounds a bit rougher, with arrangements and playing that have a hard edge, and a slight southern touch. There's a lot of originals, like "A Thing Called Love", "Tell Me Why", "It's A Cryin Shame", and "Trespassin". Also includes the weird version of "Somewhere Over The Rainbow" that was played at Judy Garland's funeral!  © 1996-2022, Dusty Groove, Inc.
(Cover has light wear and a small dent on the spine.)

Angel
Mercury, 1977. Very Good+ Gatefold
LP...$29.99 34.99
Maybe the last great album in the Ohio Players run for Mercury in the mid 70s – a set that's every bit as smooth, sexy, and funky as their other major label efforts from the time – and one that continued to refine the grittier funk of their roots! While the Players might be remembered ... LP, Vinyl record album

Honey
Mercury, 1975. Near Mint- Gatefold
LP...$34.99
A legendary album from The Ohio Players – a set that's famous not just for its sexy cover, but for the way the group managed to set a whole new standard for mainstream funk at the time! The group started out in the farther reaches of the Midwest underground, and previously had brought some ... LP, Vinyl record album

Fire
Mercury, 1975. Near Mint- Gatefold
LP...$19.99 24.99
One of the biggest albums ever for Ohio Players – a set that took their earlier funk sound and targeted firmly at the mainstream with a lean, mean groove that a million other groups copied at the time! There's still plenty of the soul of the early years in the group's approach here – ... LP, Vinyl record album

Diamond Life
Portrait, 1985. Very Good Gatefold
LP...$16.99 (CD...$2.99)
A damn great soul album! Sure, the record was a crossover classic that got played to death back in the 80s – but give it a listen now, and you'll be stunned to hear how fresh it sounds, and how much it reminds you of all the British soul acts that sprung up in the years after it was released. ... LP, Vinyl record album