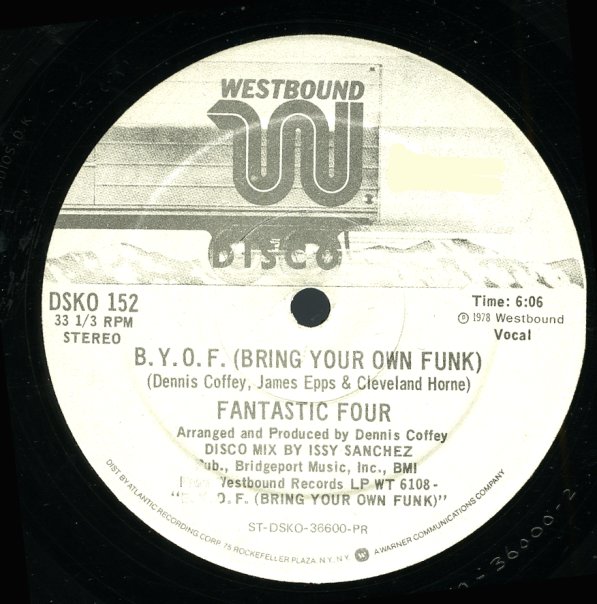 (Promo in a stickered sleeve. Labels and sleeve have letters in marker.)

Freaky People (voc, inst)
Westbound, 1979. Near Mint-
12-inch...$11.99
Late Westbound funk, but with a feel that's very much in the P-Funk tradition – with lots of bass and keyboards, a tight ensemble groove, and some pretty silly vocals! Nice and long, too! 12-inch, Vinyl record