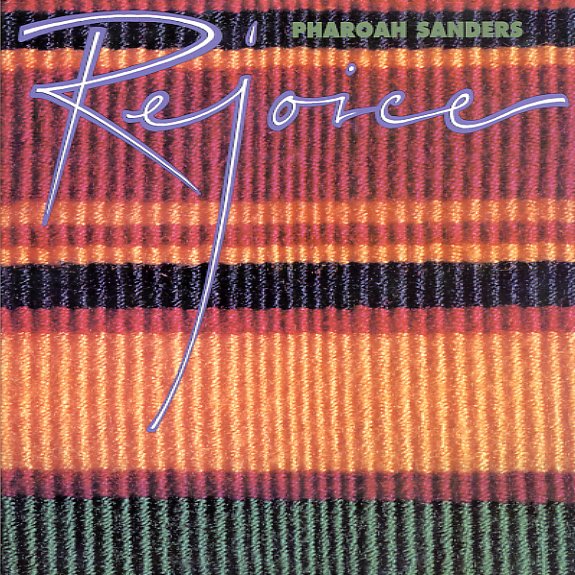 Also available
Pharoah Sanders — Rejoice (180 gram pressing) ... LP 54.99
Fantastic 80s work from Pharoah Sanders – with a vibe that's a perfect extension of his classic work for the Impulse label! The album has Pharoah working with an amazing group – Bobby Hutcherson on vibes, John Hicks and Joe Bonner on piano, Art Davis on bass, and either Elvin Jones or Billy Higgins on drums. The sound is remarkably fresh – soaring and spiritual, but also more focused than in earlier years, with a great amount of soulful warmth. And although extra elements are added – like vocals, vibes, and added percussion – Pharoah's solos still dominate the whole album beautifully. Titles include "Rejoice", "Origin", "Moments Notice", "Central Park West", "Farah", "Ntjilo Ntjilo/Bird Song", and "Nigerian Juju Hilife".  © 1996-2022, Dusty Groove, Inc.
(Barcode has a cutout hole.)

Heart Is A Melody
Theresa/Evidence, 1982. Used
CD...$11.99
A fantastically soulful set from Pharoah – recorded in the early 80s, with his quartet that included Idris Muhammad on drums, John Heard on bass, and William Henderson on piano. The session is live, and the overall feel is easy and mellow – still searching, as in the best mode of ... CD

Super-Sonic Jazz
Saturn/Evidence, 1956. Used
CD...$6.99 8.99
The first album on Saturn! Despite the futurism that the title of the set might imply, the material on this LP is actually some of Sun Ra's earliest, and dates back to the years when the Arkestra was first beginning to make itself heard in Chicago. That doesn't stop the material from being ... CD