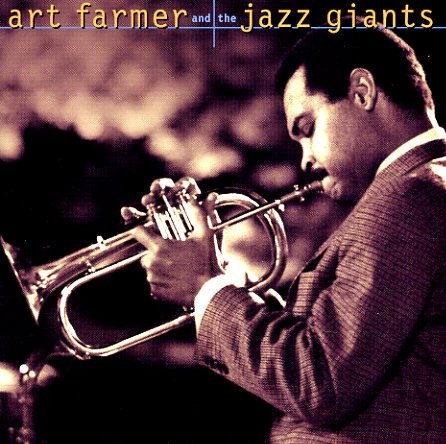 Out Of The Past
GRP/Argo, 1960/1961. Used
CD...$6.99
A great CD that combines most of the material on Art's two albums for Argo – Art (1960) and Perception (1961). Art is a beautiful album of understated brilliance – one of Farmer's early shifts into the sublime, an easily blown batch of trumpet tracks played with trio backing by Tommy ... CD

Soul Shoutin' (plus The Soul Is Willing)
Prestige, 1964. Used
CD...$12.99
A killer record by Shirley Scott and Stanley Turrentine – and quite possibly the best they ever did together! The lady organist and husband tenorist play hard, firm, and strong – and the backing by Earl May and Grasella Oliphant is right in the pocket, and bubbles with a nice strong ... CD

Bean & The Boys (Walter Foots Thomas All Stars/Bean & The Boys/Stasch)
Prestige, 1944/1946/1959. Used
CD...$6.99
A great assortment of material from Coleman Hawkins – sides that nicely span the mid 40s and late 50s, showing some great growth in his technique! The first four tracks are from a record by the Walter Foots All Stars – a group led by Foots on tenor, but also featuring Hawk – also ... CD

Billy Taylor Trio Featuring Candido
Prestige/OJC, 1954. Used
CD...$9.99
Some of the best work ever from pianist Billy Taylor – and some of the earliest too! Taylor's 50s trio with Earl May and Percy Brice is augmented here by conga work by the great Candido – and this addition brings a lot of fire to the group, giving Taylor's normally safe style a harder ... CD