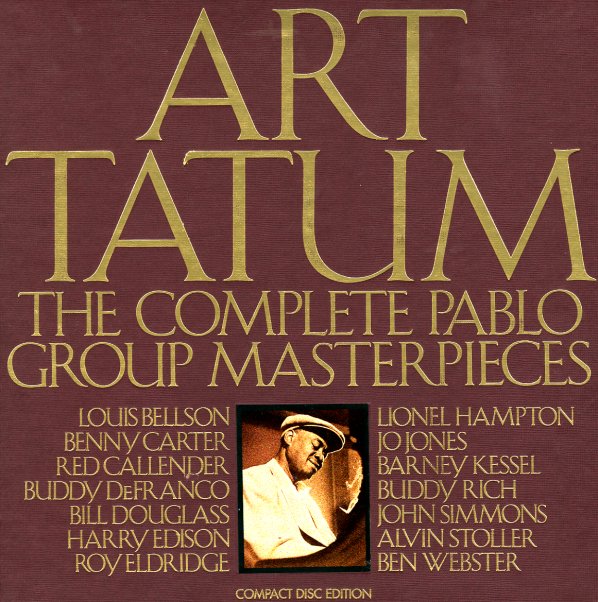 Fantastic material from pianist Art Tatum – a musician who's usually captured solo or in trio modes, but who's working here on some fantastic 50s sessions produced by Norman Granz – very much in a Verve style, with all-star players on board throughout – artists who include Benny Carter, Lionel Hampton, Buddy Rich, Barney Kessel, Ben Webster, Buddy DeFranco, Louis Bellson, and Roy Eldridge!  © 1996-2021, Dusty Groove, Inc.

Genius Of Art Tatum
Not Now, Early 50s. Used 3CDs
CD...$6.99
"Genius" is right – because Art Tatum's touch on the keys of the piano here is completely sublime – a style unto itself, with almost a near equal balance between melody and rhythm – and a speed that's almost pyrotechnic, but never too over the top! A fantastic early ... CD

Me & You
Pablo, 1983. Used
CD...$8.99
A very late set from Basie – but still swinging hard in the best Pablo mode! Some tracks also feature a smaller group – with Booty Wood on trombone and Eric Dixon on tenor. CD

Virtuoso (remastered)
Pablo/Concord, 1973. Used
CD...$6.99
Solo guitar by Joe Pass – a beautiful little album that's a perfect showcase for the new sensitivity in his music during his years at Pablo records! The Joe Pass heard here is light years away from the guitar player who made a few gimmicky records a decade before – and this album has ... CD