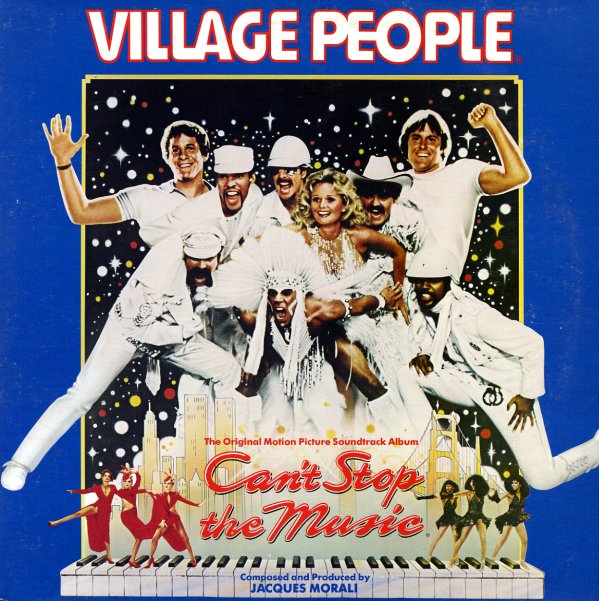 One of the last great moments from The Village People – an album released in conjunction with their huge screen debut in the film Can't Stop The Music – a huge media blitz from their producer Jacques Morali – and a record that also marked the first film appearance of the young Bruce Jenner, and which opened with a sexy Valerie Perinne on roller skates! The title hit was the biggest number here – and in addition to "Can't Stop The Music", the group also reprise "YMCA", and perform "Liberation", "Magic Night", "I Love You To Death", and "Milkshake". The group also features two tracks from David Landon – "The Sound Of The City" and "Samantha" – plus two more by The Ritchie Family, "Give Me A Break" and "Sophistication".  © 1996-2022, Dusty Groove, Inc.
(Includes the printed inner sleeve. Cover has light edge wear.)