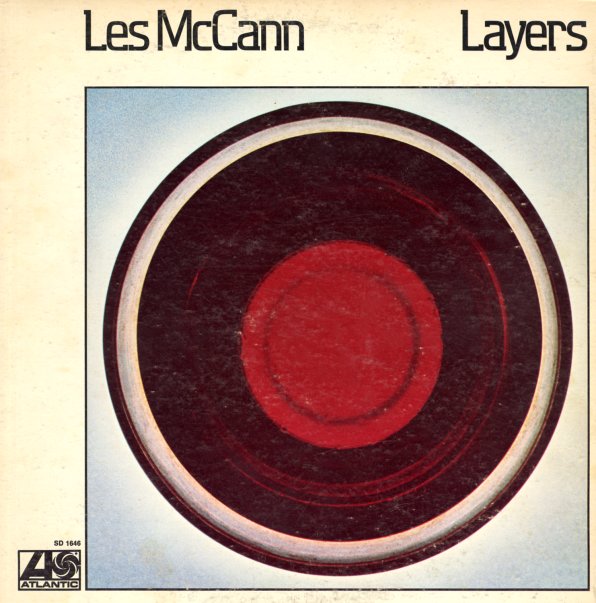 This might well be the best album that Les McCann ever cut during the 70s! It's got some killer electric piano riffs, of the sort that are being sampled heavily today by the kids, and which are getting his music to a whole new generation. The tracks have a tight spacey funk sound, and they don't have any of the vocals that (we feel) can often get in the way of some of Les' later works! Loads of great tracks, including "The Harlem Buck Dance Strut" and "Dunbar High School Marching Band", both of which are nice and sexy and funky, and with a cool dope sound to them! Other tracks include "Before I Rest", "Soaring (At Sunset)", and "Sometimes I Cry".  © 1996-2023, Dusty Groove, Inc.
(Out of print.)

Talk To The People/River High River Low
Atlantic/Collectables, 1972/1976. Used
CD...$9.99 11.99
2 of Les' funky albums for Atlantic from the mid 70s – out again on reissue in their full electric glory! The records are a good example of how Les moved from being a mostly instrumental artist, and transformed himself into a funky soul singer for most of the 70s. The tracks have a warm ... CD

Comment
Atlantic (Japan), 1970. Used
CD...$18.99
A very hip record of vocal tracks – done in the same sort of spiritual soul style that Les introduced on Roberta Flack's first album, and which was also showing up on some of Donny Hathaway's work for Atlantic. While the record is not on of McCann's funkiest, it more than makes up for that ... CD

Much Les
Atlantic (Japan), 1969. Used
CD...$14.99
A groovy set of late 60s soul jazz piano tunes – played by Les McCann in a swinging style that pre-dates his 70s funk work – and which also features him playing in a strictly instrumental setting! The core of the material is by Les' trio with Leroy Vinnegar on bass – but most ... CD

Swiss Movement – Montreux 30th Anniversary Edition (with bonus track)
Atlantic/Rhino, 1969. Used
CD...$8.99 (LP...$14.99, CD...$2.99)
The extremely successful union of two of Atlantic's biggest funky jazz stars, caught live in Switzerland, with the amazing Benny Bailey sitting in on trumpet. The tracks are long and funky, and are virtually a blueprint for pop soul jazz playing of the time – mixing slinky rhythms with some ... CD