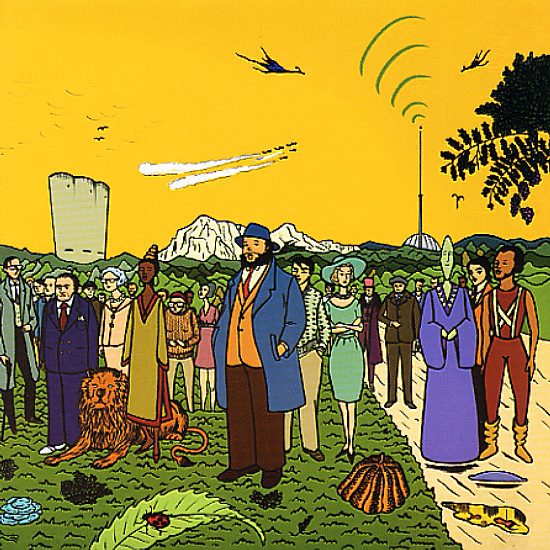 A bold move forward for Ed Motta – an artist who's already been making plenty of bold moves in the past few years! Aystelum further expands on the musical journey begun by Ed on Dwitza and Poptical – but it really pushes the envelope even more, and brings a lot more cosmic jazz and soul influences into the mix. Ed's clearly inspired here by the sound of Strata East and Black Jazz in the 70s – but he's also moving way past simple imitation and homage – into a realm that can only be described as "Motta-esque" for its unique fusion of jazz, soul, Brazilian rhythms, and, well, fusion! Some tracks on the set have a soaring spiritual feel that takes us back to the early days of Norman Connors or Carlos Garnett – but others hit a quieter, more introspective style that's more focused on Motta's work on Fender Rhodes, or his warmly soulful vocals – and it's this contrast of moods that only serves to further deepen the spirit of the set, and make us marvel at the complexity of Ed's musical vision – especially when we remember that a few short years ago he was making simple R&B! Jota Moraes helps Motta out a fair bit in the arrangements, and a few of the tracks even have a large backing chorus too. Titles inlcude "A Charada", "Patidid", "Guezagui", "Awunism", "Pharmacias", "Aystelum", and "Samba Azul".  © 1996-2021, Dusty Groove, Inc.