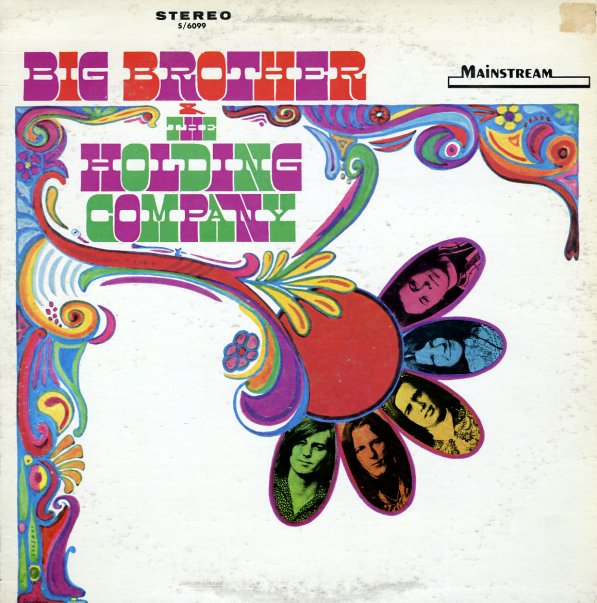 The first full album featuring the incredible voice of Janis Joplin, as the singer of Big Brother & The Holding Company! Even at this early point, it's clear that there's some really incredible things happening with this band. Originally released on Mainstream, the production is a bit thin compared to the bigger sounding records to come, hich actually works incredibly well – as Janis's voice just tears right through in a really exciting way. The rawer Big Brother backdrop is great, too! Titles include "Easy Rider", "Bye, Bye Baby", "Intruder", "Women Is Losers", Moondog's "All Is Lonliness", and "Down On Me".  © 1996-2021, Dusty Groove, Inc.
(70s pressing on Columbia. Cover has a lightly bent corner.)

Journey To The Center Of The Mind
Mainstream, 1968. Very Good+
LP...$29.99
Early work from Ted Nugent – working here as the searing lead guitarist of the mighty Amboy Dukes! The Nuge doesn't sing on the set, but his guitar is definitely in the spotlight on most numbers – ripping out with a rawness that beats his later superstar work, and which is free to ... LP, Vinyl record album