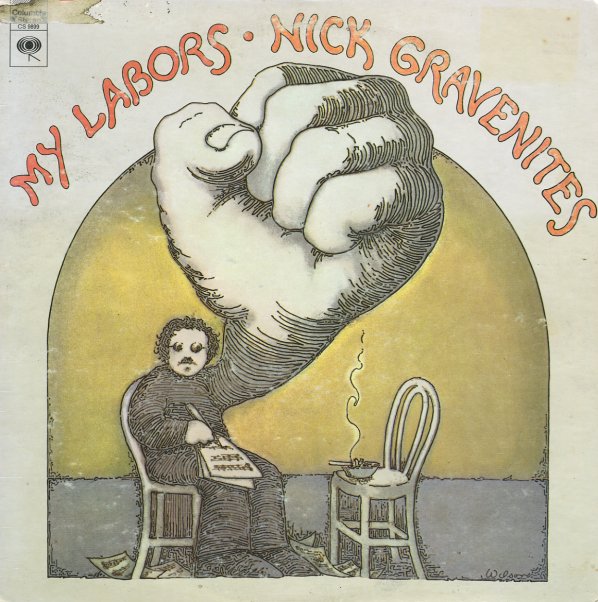 Blistering, bluesy, Bay Area work from Nick Gravenites – a classic set recorded both in the studio, and live at the Fillmore! Gravenites has a gravely vocal approach that's arguably one of the best of the blue-eyed bluesmen of his late 60s rock generation – and he gets plenty of great support from a group that features Mike Bloomfield on guitar, and a pretty sweet horn section too – which really gives some cuts a soulful undercurrent you wouldn't expect. Titles include "My Labors", "Throw Your Dog A Bone", "Killing My Love", "Moon Tune", "Holy Moly", and "Wintry Country Side".  © 1996-2023, Dusty Groove, Inc.
(360 Sound stereo pressing. Cover has light wear and a cut corner. Vinyl is clean, but has a mark that clicks during "Killing My Love". A-side label has initials in marker.)