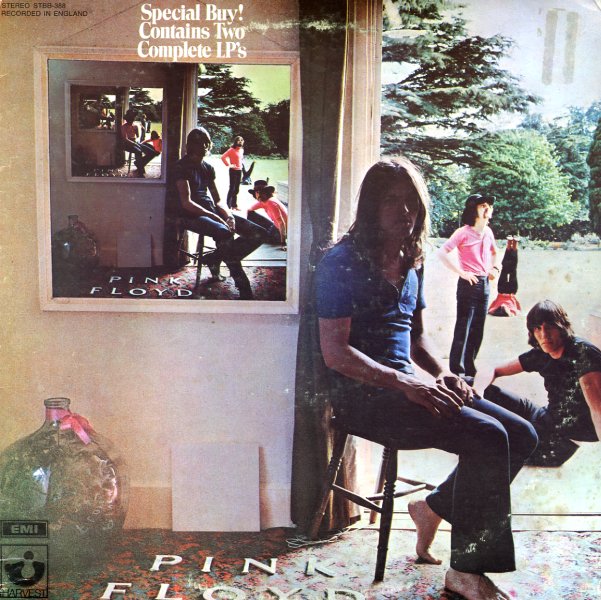 Wish You Were Here
Columbia, 1975. Very Good+
LP...$44.99
A seminal set from 70s Pink Floyd – a set that took all the energy of Dark Side Of The Moon, and refined it into an even more complex sonic setting! The songs here move out spaciously – still very unified as an overall album, but often with all of these longer-form musical ideas, and ... LP, Vinyl record album

Revolver
Apple/EMI, 1966. Very Good+
LP...$39.99 (LP...$27.99, CD...$3.99, LP...$27.99)
Maybe our favorite Beatles album ever – a key set that bridges the catchiness of the early years and the sharper ideas of later albums – with a slightly sinister undercurrent that really keeps things fresh! The album's got some great early psych in spots, offset with wonderfully mature ... LP, Vinyl record album

Party's Over
EMI, 1982. Very Good+
LP...$19.99
The debut album of Talk Talk, and a set that might have seemed to be just another bit of Brit electro pop at the time – yet which has gone on to be the start of a surprisingly great legacy of music! The tunes are certainly catchy, and more upbeat than some of the more introspective work the ... LP, Vinyl record album