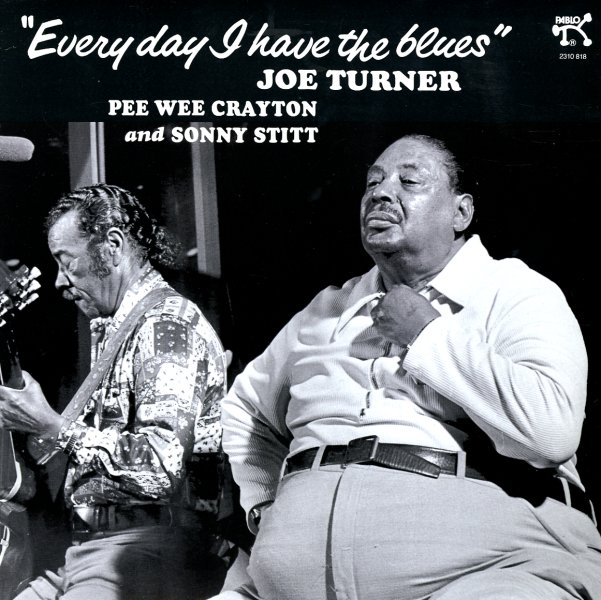 Everyday I Have The Blues

A great mix of jazz and blues from Joe Turner – a set that seems to draw from his Kansas City roots, yet also inflect the sound with some of the blues changes of the 70s! Joe's got two key soloists here – Sonny Stitt on tenor and alto, and Pee Wee Crayton on guitar – and the vamping piano lines of JD Nicholson ensure some very timely rhythms for the record, maybe tipping things a bit more towards the blues side of the spectrum overall. Titles include a very long take on "Lucille", the nine-minute "Martin Luther King Southside", which is a laidback blues with plenty of solo room – and the cuts "Everyday I Have The Blues", "Shake Rattle & Roll", and "Piney Brown".  © 1996-2022, Dusty Groove, Inc.
(Cover has some light surface and edge wear.)

Equinox
A&M, 1968. Very Good-
LP...$6.99
The second album by Sergio and crew – and a real push forward for the group! The basic format of two-female harmony leads is still in place – but for some reason, this album gives a bit more of a nod to Brazilian roots than before, and really spices things up with an even more ... LP, Vinyl record album

Look To The Rainbow
Verve, 1965. Near Mint-
LP...$34.99
One of the moodiest Verve albums from Astrud Gilberto – a set that has some surprising arrangements by Gil Evans – working here on one of his few 60s dates with a singer! Astrud's blue-tinged vocals work perfectly with Evans' backdrops – and Al Cohn also takes over the helm on ... LP, Vinyl record album