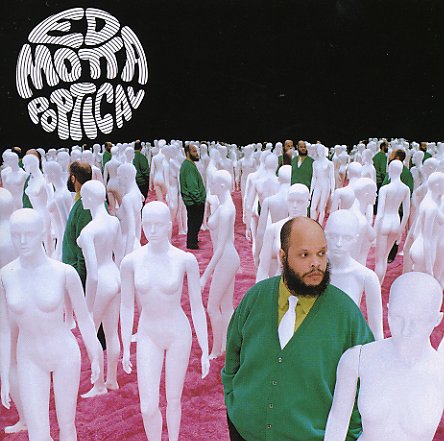 A bold leap forward for Ed Motta – once a mainstream Brazilian soul singer, now the darling of the jazz groove underground! The album's even more experimental than Ed's groundbreaking Dwitza set – and has him working through a warm blend of jazz and soul styles – heavily drenched in 70s-styled keyboard work, with Ed's lush vocals sounding even better than before! The range of expression on the set is amazing – Ed will be scatting at one moment, crooning another, always in perfect step with the album's jazzy keyboard work – soaring along with a really righteous sound. Plus, the album's also got a few songs in English – a real change for Ed, and something that is bound to push him onto even greater audiences! Titles include "Rainbow's End", "The Rose That Came To Bloom", "My Rules", "Gifts & Sorrows", "Quem Pode Surpreender", and "Tem Espaco Na Van".  © 1996-2020, Dusty Groove, Inc.
(Out of print.)

From The Hot Afternoon
A&M/CTI, 1969. Used
CD...$7.99 (CD...$9.99)
Incredible stuff – and a record that grows more and more important to us over the years! Desmond's best known as the icy alto behind Dave Brubeck's big records of the 50s, but by this point in his career, he'd developed a keen interest in Brazilian music – and was working at a level ... CD