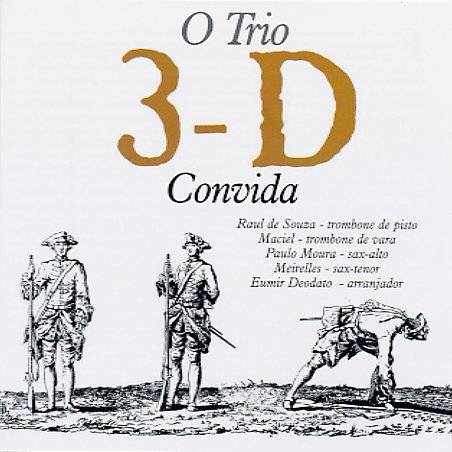 This famous bossa combo gets their sound expanded – with some great arrangements from Deodato and JT Meirelles! This 1965 session features Antonio Adolfo's Trio 3D working working with some larger backings by two of Brazil's greatest arrangers of the bossa era – tight and jazzy, with a crackling sound that still preserves the energy of the smaller group, yet takes it to the next level of sonic expression! The set's the kind of bossa gem that keeps us digging through the crates year after year – and it's filled with great cuts like "Reza", "Batucada Sergiu", "Peter Samba", "O Passarinho", "Tema 3D", "Agua De Beber", and "Tamanco No Samba".  © 1996-2022, Dusty Groove, Inc.
(Out of print.)

Brasil Pop
RCA (Spain), 1975. Used
CD...$14.99
Excellent set of bossa nova grooves by the great Jayme Marques. Of all of the cool reissues we have by him, this one's got the most traditional bossa feel, and it features him covering a stellar set of material that includes "Berimbau", "O Pato", "Precisio Aprender A Ser ... CD

Chama Acesa
RCA (Brazil), 1975. Used
CD...$11.99 14.99
A great album from one of Ivan Lins' best periods – a great shift in his music, with a sound that's made the album one of his all-time classics! The set has him adapting more of a jazzy sound than on earlier records – dropping some of the baroque arrangements for a sound that's leaner, ... CD

Para Todos
RCA (Brazil), 1993. Used
CD...$4.99 6.99
That's a young mug shot of Chico Buarque on the cover, but the album's a later effort from the 90s – and one that really holds us rapt with the brilliance of Chico's mature songwriting and performance! The record's part of that ever-growing legacy that may well make Buarque one of the ... CD