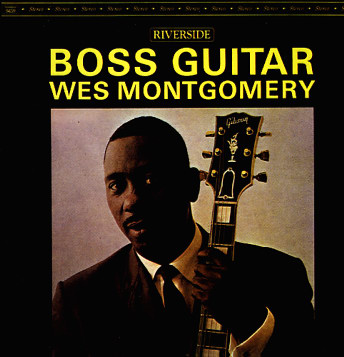 Early greatness from Wes Montgomery – and a session that's got a gritty edge that takes Wes back to his Indianapolis roots! The album's one of the few of the time to feature the unsung Hammond hero Mel Rhyne – a player who worked with Wes at his start, but has only gotten stronger acclaim in recent decades as part of his comeback. Rhyne's a key force in the record – working alongside Montgomery's guitar and the drums of Jimmy Cobb – in a loose, open trio that has Mel participating as strongly in the rhythms as he does in the solo side of the album. Titles include a few Montgomery originals – "The Trick Bag" and "Fried Pies" – plus the tunes "Besame Mucho", "Dearly Beloved", "Days Of Wine & Roses", "Canadian Sunset", "The Breeze & I", and "For Heaven's Sake". CD includes bonus tracks "Besame Mucho (take 2)" and "Fried Pies (take 1)".  © 1996-2022, Dusty Groove, Inc.
(Out of print.)

Revisited!
Prestige/OJC, 1957. Used
CD...$9.99
Red Garland revisited, and rediscovered – as the material here was recorded by Prestige in the late 50s, but not issued until a dozen years later – long after Garland's best success for the label! But the passage of time doesn't dim the genius here at all – and if anything, it's ... CD