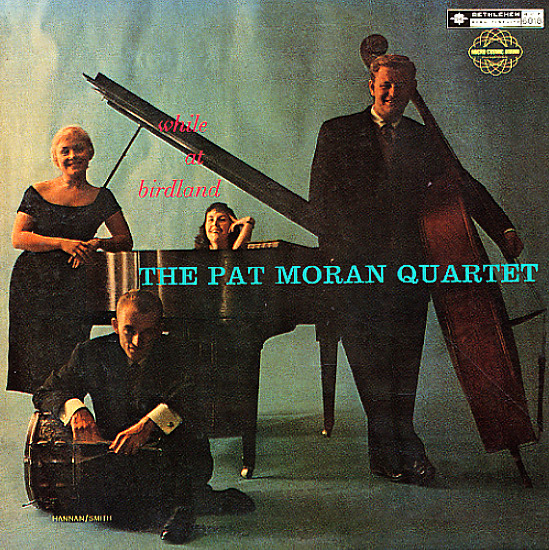 One of two albums cut for Bethlehem by the Pat Moran Quartet – a groovy little combo that harmonized vocally while they were grooving on their instruments! The group's led by Pat on piano and lead vocals – and singer Bev Kelly is also with the group – and this album features additional backings by Nat Pierce, with players that include Anthony Ortega and Sam Most on reeds – fleshing the sound out nicely from some of the group's other work. The four part harmony mode is in the Hi-Los mode, but the twist is that it's half-male, half-female – making for a lighter sound. Tracks include "I'll Be Around", "Jordu", "Have You Met Miss Jones", "Come Rain Or Come Shine", and "Mother Macree".  © 1996-2021, Dusty Groove, Inc.
(Red label pressing with deep groove. Cover has sa light stain on the bottom few inches – worse on the back than the front, save for a small bit of light wrinkling in one corner.)