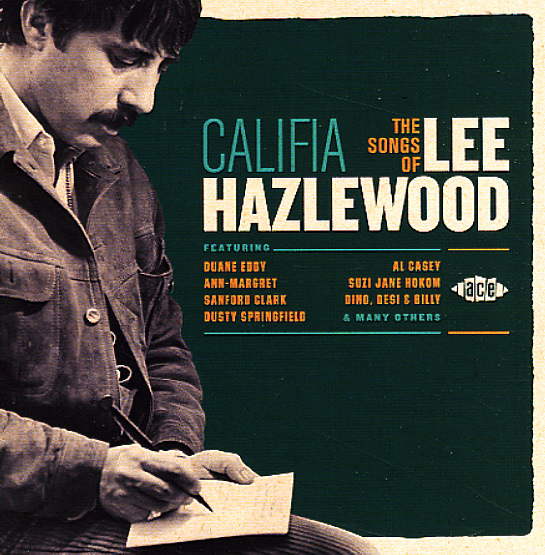 A wonderful compilation of Lee Hazlewood songs performed by others in the 60s – magnificent pulp pop, girl groups, starlets, rockers and more covering prime era Lee tunes – songs about lovers, fools, rebels and heartbroken examples of all of the above! There's little we can add to the lore of Lee – but these songs are atypically diverse and the set as a hole does a terrific job of showing just have far the Hazlewood touch could reach! Features Lee duets with Nancy Sinatra & Suzi Jane Hokum, and covers by Duane Eddy, The Hondas, The Darlenes, Al Casey, Sanford Clark, Ann Margaret, The Wildcats, Dino, Desi & Billy, The Sharps, Peggy March and many more1 25 tracks in all: "Lady Bird' by Nancy & Lee, "Sweet Ride" by Dusty Springfield, "You Turned My Head" by Ann Margaret, "Don't Look Now, But I've Got The Blues" by BB King, "(I'm Afraid) You'll Hurt Me" by The Darlenes, "The City Never Sleeps At Night" by The Shacklefords, "Guitar On My Mind" by Duane & Miriam Eddy, "Das Ist Zauberei (And I Loved You Then)" by Peggy March, "Twelve Feet High" by The Hondas and many more.  © 1996-2022, Dusty Groove, Inc.