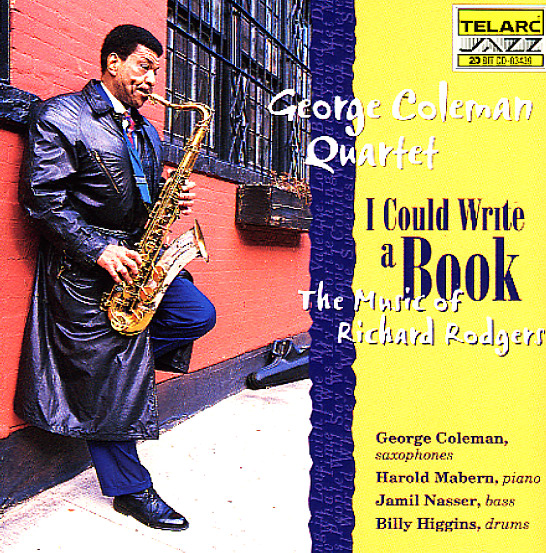 I Could Write A Book – The Music Of Richard Rodgers

The music of Richard Rodgers – swung beautifully by tenorist George Coleman – blowing in that clear, strong, soulful style we love so much! The rhythm section is great – a cooking lineup that features Harold Mabern on piano, Jamil Nasser on bass, and Billy Higgins on drums – the three of whom really help keep things right on the money throughout! George opens up with some beautifully-blown solos – and titles include "Bewitched", "Falling In Love With Love", "My Funny Valentine", "Thou Swell", and "I Could Write A Book".  © 1996-2021, Dusty Groove, Inc.
(Out of print.)

George Coleman Quintet In Baltimore
Reel To Real, 1971. Used
CD...$12.99 (LP...$24.99)
Tremendous work from tenorist George Coleman – featured here in the sort of setting that really reminds us of his genius when allowed to really open up and blow! The tracks are long, and the material was recorded by the Left Bank Jazz Society – that Baltimore-based organization that's ... CD