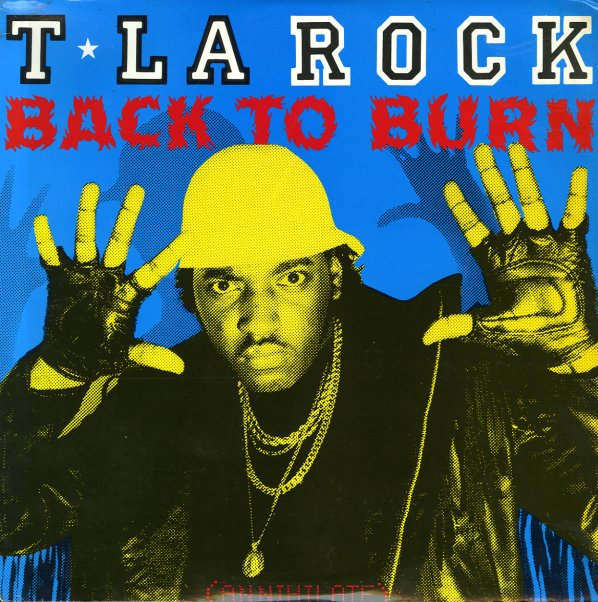 Two tracks from T La Rock's debut LP!
(Cover has a small peeled spot at the top and a bit of stuck-on paper in back.)