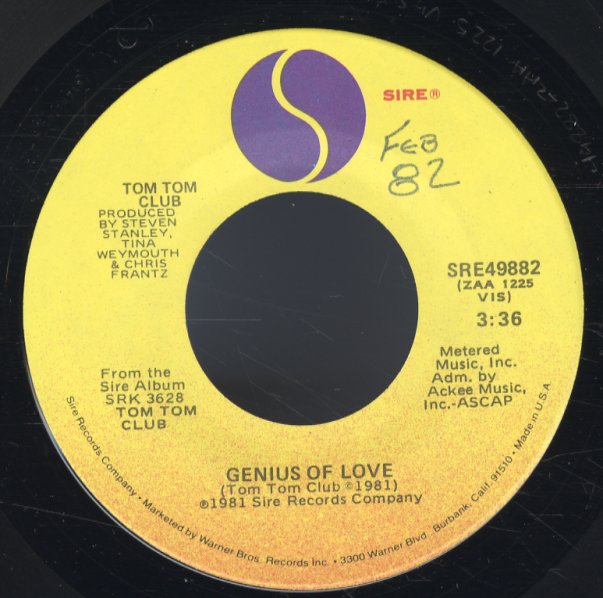 An amazing bit of crossover – this sub-Talking Heads band hits a classic hip hop groove with "Genius Of Love", a real Sugarhill favorite!  © 1996-2022, Dusty Groove, Inc.
(Label has a bit of pen.)