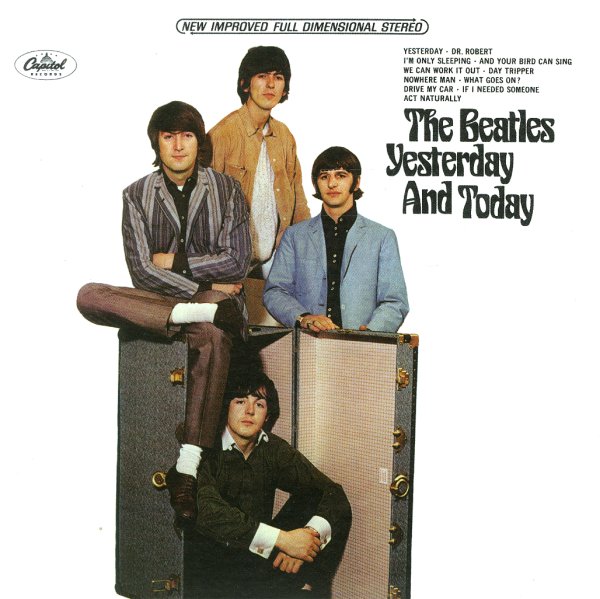 A great American-only album from the Rubber Soul generation – the last one made specifically for the US market because of the different release patterns in the US and UK – with a number of their greatest songs of the period! Features a bunch of classics, and it ultimately holds together better creatively than some of their other US-only LP – but it also encapsulates a fascinating period in Beatles history, summing up end months of their middle period, very soon to segue into more psychedelic territory. Includes "Nowhere Man", "Drive My Car", "Dr Robert", "Act Naturally", "Day Tripper", "And Your Bird Can Sing", and "If I Needed Someone".  © 1996-2022, Dusty Groove, Inc.
(70s purple label pressing in a Gold Record Award cover, with light wear and aging.)