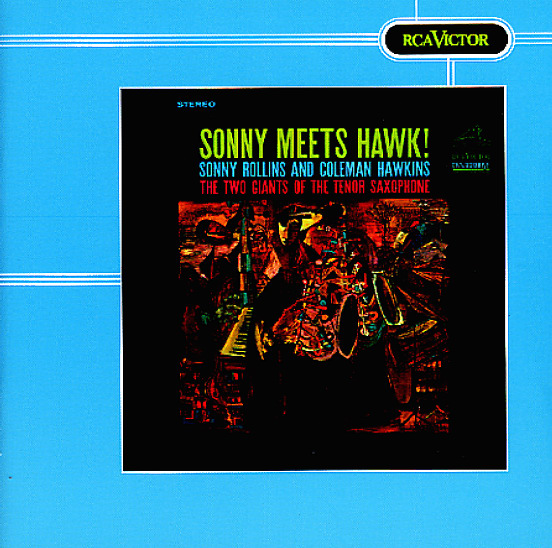 A startling meeting of two generations of tenor sax – recorded during one of Sonny Rollins' best periods on record, but featuring some even more amazing work from Coleman Hawkins! The album's proof that in his later years, Hawkins was a modernist who could match wits with the best players of the 60s – and blowing here with Rollins, there's an equal amount of freshness and intensity shared by both players, old and young. The backing group is equally modern too – with Paul Bley on piano, Henry Grimes on bass, and Roy McCurdy on drums – who together spur both Hawk and Sonny into solos that never fail to amaze! Tracks include "At McKies", "All The Things You Are", "Summertime", and "Yesterdays".  © 1996-2022, Dusty Groove, Inc.
(Out of print.)