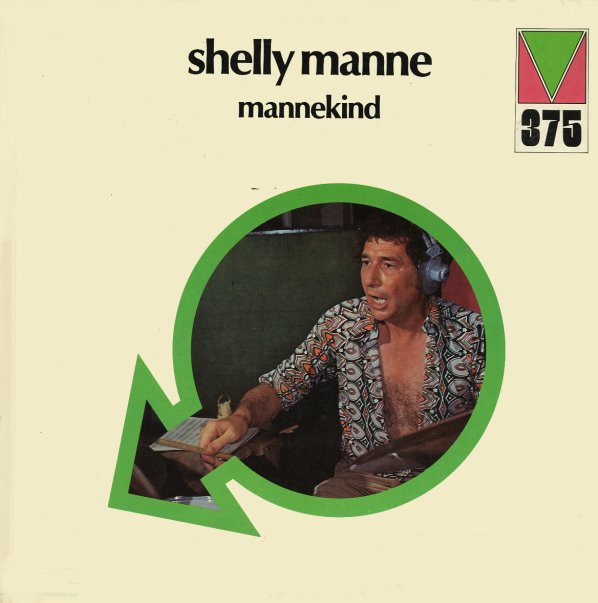 An incredible album – unlike anything else that Shelly Manne recorded! The record features Shelly getting all dope and mellow, sliding around on the kit in a kickback set of complex drum fills and percussion effects – with lots of unusual rhythms you never would have heard on his classic cool jazz recordings! In addition to drums, Shelly plays berimbau, waterphone, cuica, and superballs on cymbals (?!) – and the rest of the group includes John Morrell on guitar and Mike Wofford on piano, as well as Brian Moffatt on a host of odd percussion instruments – which further creates some great elements to the set. "Infinity" is the impossible to find loop behind Jeru's "Come Clean" – and the whole album is equally good, with other titles that include "Seance", "Scavenger", "Mask", and "Pink Pearl".  © 1996-2021, Dusty Groove, Inc.
(Cover has very light wear. Gatefold is in solid shape!)

More Swinging Sounds (aka Swinging Sounds In Stereo)
Contemporary, 1956. Very Good+
LP...$19.99
One of the few great records that alto saxophonist Charlie Mariano cut with Shelly Manne – and a heck of a wonderful record that really set a new tone for Shelly's groove at the time! Things here are a bit looser and freer than before – longer tracks with more room for solos to really ... LP, Vinyl record album

Blue Mitchell
Mainstream, Early 70s. Near Mint- Gatefold
LP...$29.99
A key 70s album from Blue Mitchell – and a set that's perfectly balanced between the lyricism of his mid 60s sides for Blue Note, and the electric funk of later years! The tracks are long, and have a really great vibe – plenty of room for Mitchell's sweet trumpet in the lead, with ... LP, Vinyl record album

Lean On Him
Mainstream, 1973. Very Good Gatefold
LP...$13.99 (CD...$19.99)
One of the fullest albums we've ever heard from saxophonist Buddy Terry – a set that has him blowing along with a set of soulful larger backings – sometimes with a bit of gospel overtones as well! The lineup on the album's pretty darn hip – players who include Larry Willis on ... LP, Vinyl record album