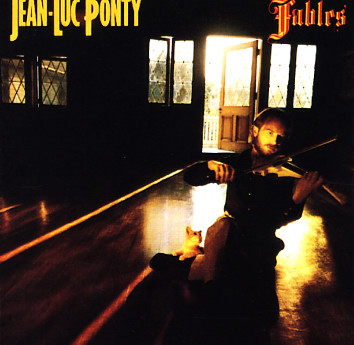 Almost a back-to-basics album for jazz violinist Jean-Luc Ponty – one that has him kicking things up with a bit more heavy fusion than on some of his other 80s records – almost jamming at times, and at least returning to some of the energy he had back in the 70s! Most of the record features a core group with Scott Henderson on guitar, Baron Browne on bass, and Rayford Griffin on drums – and Ponty's playing a few different electric violins, plus a bit of keyboards – on tracks that include "Radioactive Legacy", "Perpetual Rondo", "Cat's Tales", "In The Kingdom Of Peace", "Infinite Pursuit", and "Elephants In Love".  © 1996-2023, Dusty Groove, Inc.