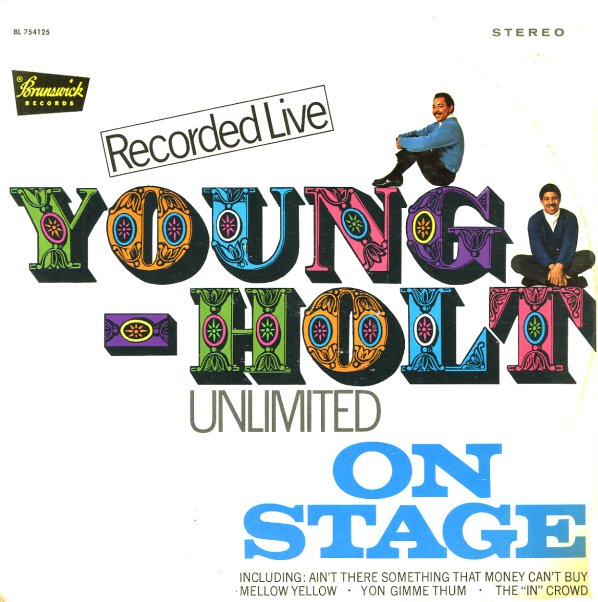 A great live set from this fab combo – one that captures the band with a nice tight groove, and a good dose of the humor they brought to their in-person recordings! Tracks are much longer than the ones on the studio albums – with great interplay with the audience, and a free swinging groove that really holds up throughout! The album includes the great originals "Yon Gimme Thum" and "Ain't There Something Money Can't Buy" – plus smoking versions of some of the tracks they used to do with Ramsey Lewis. Great stuff – and other tracks include "Far Away Places", "Be My Love", "Lady Godiva", "Corcovado", and "Mellow Yellow".  © 1996-2021, Dusty Groove, Inc.
(Original pressing. Cover has some light aging on one edge, but this is a great copy overall.)

By Special Request
Brunswick, 1961. Very Good
LP...$11.99
A lesser-known Brunswick album from the great Jackie Wilson – a set that features the singer running through a set of mostly standards – doing them in a jazzier style than usual, but all with the soulful vocals that you'd expect. Titles include "Tenderly", "Mood ... LP, Vinyl record album

Everybody's Talkin'
Atco, 1972. Near Mint-
LP...$9.99
King Curtis' last album of studio work for Atlantic – pulled from a number of sessions recorded in the year before his untimely early death! The sound here is tightened up a bit from King's grooves of the 60s – done with a style that still draws on the Atlantic soul sound that Curtis ... LP, Vinyl record album

Dream World
De-Lite, 1978. Near Mint-
LP...$9.99
A tasty little disco album that's a lot better than you might think! In some ways, this might be Crown Heights Affair's most perfectly realized album – as it's got lots of long tracks that mix the group's always-tight instrumental style with a spacey soul sensibility that's quite captivating. ... LP, Vinyl record album