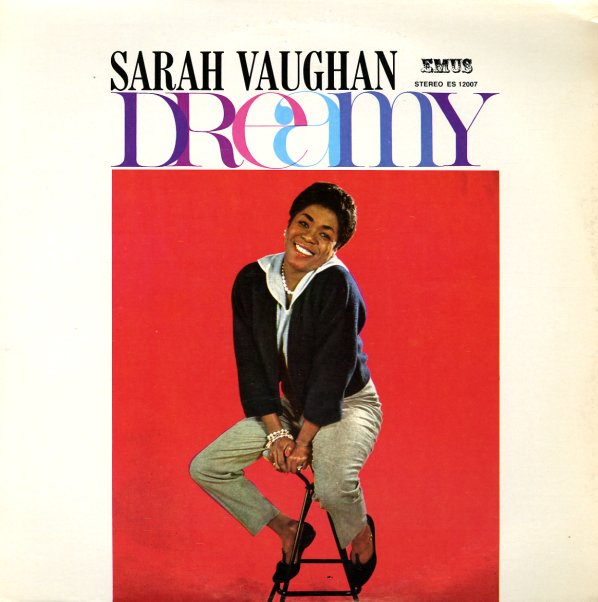 A perfect title for a perfect album from Sarah Vaughan – one of those wonderful dates from the singer's second chapter of her career – a time when she was finding newly sophisticated ways to spin out her songs! The music here is arranged by Jimmy Jones – who makes things lush, but never too much so – this beautiful balance he brought to other records of the time, such as his work with Basie – in a way that has Vaughan very much out front in the mix, working her voice with effortless ease, announcing to the world that she's one of the all-time greats, but never has to hit anyone over the head to prove it! Harry Sweets Edison provides some great trumpet lines to underscore the jazz in the music – and titles include "Dreamy", "Hands Across The Table", "Moon Over Miami", "I'll Be Seeing You", "Star Eyes", "Trees", and "Crazy He Calls Me".  © 1996-2020, Dusty Groove, Inc.
(Emus pressing. Shrinkwrap has a sticker remnant and a small hole.)

Together
Roulette, 1961. Near Mint-
LP...$7.99
A gem of a record from this pair of Basie-ites – one that allows Joe Williams to hit some different modes than on his fuller records with the Count – set up here in a nicely relaxed groove with trumpeter Harry Sweets Edison! Arrangements are by Ernie Wilkins, but are more laidback than ... LP, Vinyl record album