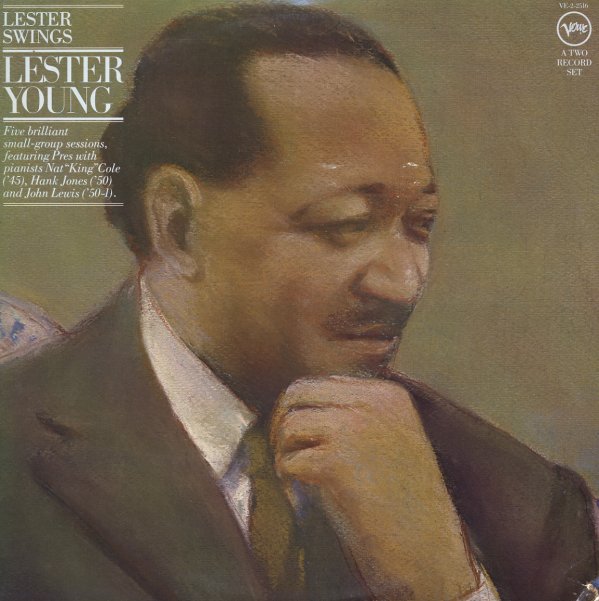 Lester Young definitely swings here – on material from a number of different Verve albums of the early 50s – with work from Nat King Cole on piano and Buddy Rich on drums on one session – plus more work from either Hank Jones or John Lewis on piano, and Buddy Rich and Jo Jones on drums!  © 1996-2022, Dusty Groove, Inc.

Pres – The Complete Savoy Recordings
Savoy, 1944/1949. Near Mint- 2LP Gatefold
LP...$9.99 13.99
Seminal sounds that bridge the worlds of swing and bop – mostly recorded for Svoy in 1944, the earliest days of the label – with a few tracks from 1949 as well – and a number of alternates appearing here for the first time ever! LP, Vinyl record album

Lester Young In Washington DC 1956 Vol 1
Pablo, 1956. Near Mint- Gatefold
LP...$9.99 11.99
A lost treasure from Lester Young – previously unreleased live material from the 50s, recorded in a style that's a fair bit different than some of his studio work of the decade! The set took place at the Patio Lounge in Washington, DC – and was recorded by Bill Potts, who is also the ... LP, Vinyl record album