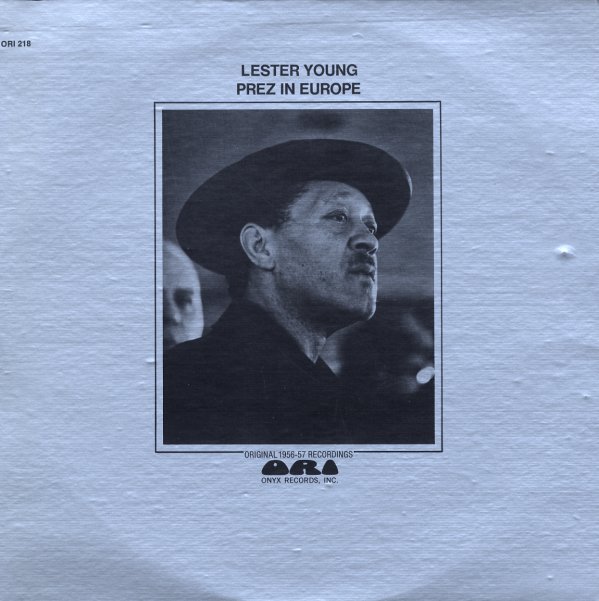 Features Lester Young on tenor sax, Horst Ornimert on piano, Al King on bass, and Lex Humphries on drums.  © 1996-2022, Dusty Groove, Inc.
(Mono white label promo. Cover has light wear, a small peel spot, split top seam and spine held together with clear tape and a bit of pen on the back.)

First Recordings
Onyx, 1940/1942/1945. Near Mint-
LP...$9.99
A collection of recordings from three 40s sessions – from 1940 with William J Scott and Bob Mabane on tenor, Bernard Anderson and Orville Minor on trumpet, Bud Gould on trombone, Jay McShann on piano, Gene Ramey on bass, and Gus Johnson on drums; from 1942 with unknown personnel; and two ... LP, Vinyl record album