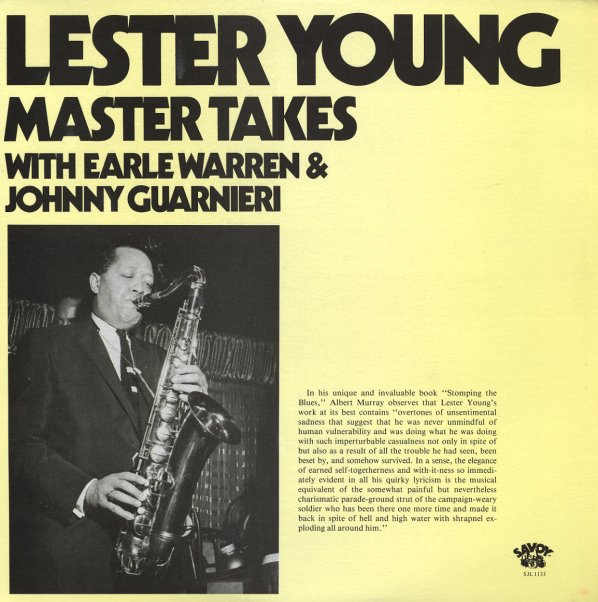 All the mater takes from the key late 40s recordings that Lester Young did for Savoy Records – key transitional material from swing into bop, with work from Billy Taylor and Junior Mance on piano, Freddie Green on guitar, Cozy Cole and Roy Haynes on drums, and Jesse Drakes on trumpet! 15 tracks in all.  © 1996-2022, Dusty Groove, Inc.

All Star Sextets
Savoy, 1957. Near Mint- 2LP Gatefold
LP...$29.99
Killer hardbop work from one of the most under-rated players of all Time! The set brings together tracks from three rare Savoy albums, plus 2 tunes – "Lo Ba" and "Ba Dut Du Dat" that were never issued before! The groove here's a mix of hardbop and some complicated modal ... LP, Vinyl record album