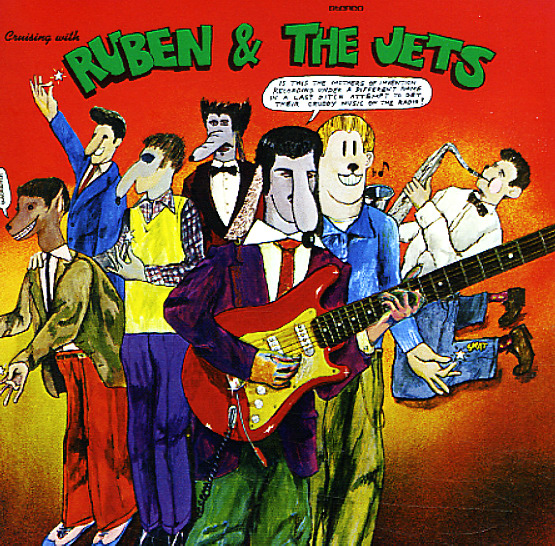 Cruising With Ruben & The Jets

Frank Zappa's amazing tribute to the sounds of LA that inspired him in his youth – not just the early rock and roll of the late 50s, but the way the music was picked up and given a home by the scene in East LA! There's a surprising amount of nascent soul elements in the music here – especially the early harmony groups, who Frank's clearly paying tribute to with The Jets – sometimes dealing with subject matter that goes way beyond what most of those groups would have touched – but other times, right in line with the most heartfelt sounds of the 60s! Titles include "Deseri", "How Could I Be Such A Fool", "Cheap Thrills", "No No No", "Anyway The Wind Blows", "Stuff Up The Cracks", and "Jelly Roll Gum Drop".  © 1996-2021, Dusty Groove, Inc.
(Blue label pressing. Vinyl has a small mark that clicks on "Cheap Thrills" and "Love Of My Life". Cover has light wear and a small cutout hole.)

Playback
Verve, 1967. Near Mint-
LP...$33.99
Mid 60s concept pop from Appletree Theatre – a mix of unpredictable baroque pop, soaring string laden tunes, and more stripped down and moody numbers – and programmed as acts, in keeping with the theatre mode! What's most impressive, other than the tuneful songcraft, is that it never ... LP, Vinyl record album