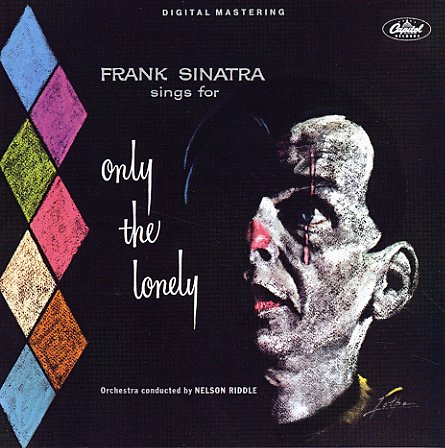 My Way
Reprise, 1969. Used
CD...$3.99
A standout late 60s set from ol' blue eyes – and a record that gave him one of the last great songs of his career! The title cut's a well-known gem, but the whole thing's pretty sweet – arranged and conducted by Don Costa, and done in that maturing masculine mode Sinatra was hitting at ... CD

Swing Along With Me
Reprise, 1961. Used
CD...$3.99
This was Sinatra's first swing record for Reprise and his third collaboration with Billy May who arranged and conducted this 1961 recording. It features some standards from the likes of Rodgers & Hart ("Have You Met Miss Jones?") and George & Ira Gershwin ("Love Walked ... CD

Concert Sinatra
Reprise, 1963. Used
CD...$3.99
A real standout from Frank Sinatra's years at Reprise – an album that shows the singer working at the full height of all his vocal and emotional powers! The set's not the live album you might guess from the title – and instead, the "concert" setting means that Nelson Riddle ... CD

Voices In Latin/Freshman Year
Capitol/Collectors Choice, Late 50s. Used
CD...$6.99
Fantastic material from one of the grooviest vocal groups of all time! The Four Freshmen are longtime faves here at Dusty Groove – and this cool 2-in-1 CD brings together two of the rarest albums by the group. Voices In Latin contains some great Kenton-esque Latin arrangements by Pete ... CD