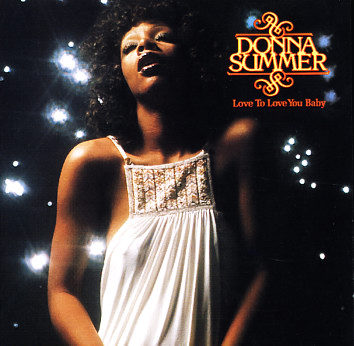 One of the first great moments of the Munich disco scene of the 70s – an electric batch of soul served up in support of Donna Summer's landmark title hit! The set features the full 16 minute version of "Love To Love You Baby" – done as a monumental suite that dips, turns, slinks, and slides alongside Summer's sexy vocals beautifully. As with that track, Giorgio Moroder arranged the others on the set as well – along with tunes in more of a straightforward soul approach for the time. In retrospect, that was a totally brilliant approach – trailblazing on one hand, and saleable to the mainstream on the other! Other titles include "Need A Man Blues", "Full Of Emptiness", "Whispering Waves" and "Pandora's Box".  © 1996-2020, Dusty Groove, Inc.
(Punch through barcode.)

Clones Of Dr Funkenstein
Casablanca, 1976. Used
CD...$6.99 (LP...$16.99)
An oft-overlooked gem from Parliament – released during the year 1976, and sometimes hidden between monster LPs like Funkentelechy and Mothership Connection – but every bit as great as those two classics! The album's got that tightened-up P-Funk sound that was working so perfectly at ... CD

Starpoint
Casablanca/PTG (Netherlands), 1980. Used
CD...$9.99
Lean and grooving funk steeped soul from Starpoint – with more of a lively, Earth-based instrumental groove than some of the more drum machine and synth soaked albums that beamed out of the Starpoint spaceship later on in the 80s! This is their first album on Casablanca – a funky bit ... CD

Where There's Smoke
Motown/Universal, 1979. Used
CD...$11.99
Smooth Smokey at the end of the 70s – an album that has him moving from the Quiet Storm sound into the more hook-based style that would earn him a fair bit of hits in the 80s! The Robinson vocal approach is always sweet, warm, and mellow on the set – especially on the album's more ... CD