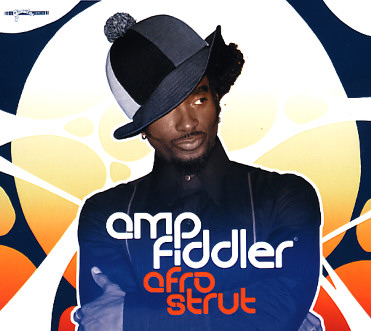 We loved Amp Fiddler tremendously on his debut, but here he's really blowing us out of the water – emerging as one of the brightest new soul stars of the 21st Century, with a depth of sound that's greater than we ever would have expected! Fiddler stretches way beyond his Detroit roots on this one – and shakes off some of the overdone cosmic modes to go for a warmer soul sound that's really amazing – a groove that only an elite few can do this well! Part of the strength of the set is an expanded sound that goes way past keyboards and beats – a groove that introduces more jazzy elements than before, and which features contributions from a great array of funky talents both old and young – including Bluey, Tony Allen, Wendell Harrison, Raphael Saadiq, Gary Shider, and Stephanie McKay! The vocals are great too – more classically styled and well thought-out – performed with a confidence that's well-earned, and which might almost push this record into the mainstream. Titles include "Faith", "If I Don't", "Empower", "Find My Way", "Right Where You Are", "I Need You", "You Could Be Mine", "Seven Mile", "Funky Monday", and "Hustle".  © 1996-2021, Dusty Groove, Inc.