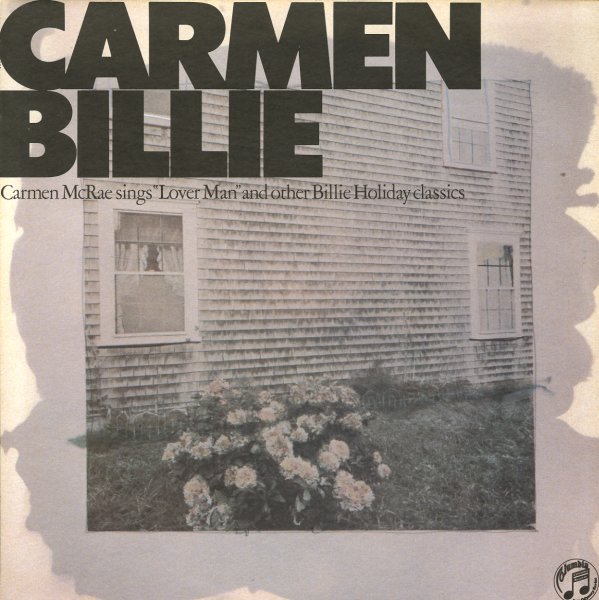 An overlooked gem from Carmen – one of her few albums for Columbia from the 60s, and a wonderfully swinging small group session that's got a much more relaxed feel than some of her earlier sets! The album's ostensibly a tribute to Billie Holiday – but it's taken in a way that's completely unlike Holiday's own work – filled with life, joy, and a swinging sensibility that's carried off perfectly by arranger Norman Simmons – who heads up a small combo on piano, working with Walter Perkins on drums, Bob Cranshaw on bass, Nat Adderley on cornet, Eddie Lockjaw Davis on tenor, and Mundell Lowe on guitar. Carmen's vocals are wonderfully groovy – and tunes include "I Cried For You", "Them There Eyes", "My Man", "Strange Fruit", "Miss Brown To You", and "Some Other Spring".  © 1996-2022, Dusty Groove, Inc.
(Early 80s issue. Cover has light wear and a promo stamp.)

Best Of Lambert, Hendricks & Ross (aka The Hottest New Group In Jazz)
Columbia, Late 50s. Sealed
LP...$4.99
How can we even begin to describe the genius of Lambert Hendricks and Ross? The group was a jazz vocal supergroup that merged three talents that had already made a big name in the bebop vocalese field – Dave Lambert, Jon Hendricks, and the lovely Annie Ross – and the project was an ... LP, Vinyl record album

Tony Bennett At Carnegie Hall
Columbia, 1962. Very Good 2LP Gatefold
LP...$4.99
The performance has Tony singing with both the trio of Ralph Sharon, and a larger orchestra – making for a good blend of the styles he'd been working on his early albums for Columbia! LP, Vinyl record album