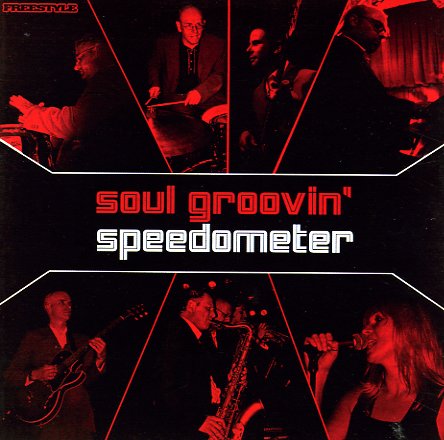 Heavy funk from Speedometer – one of the coolest combos cooking in the contemporary deep funk underground! The album offers a great chance to hear the group live – playing with a sound that's every bit as sharp as on their studio records, with an edge that's even grittier – proof that these guys have plenty going on in the instrumental department, as they deliver a full-on assault filled with heavy drums, burning Hammond, choppy guitar, and lots of great work on horns! Ria Currie joins the group for some very soulful lead vocals on a few tracks – and titles include "At The Speakeasy", "Soul Grooving", "Kool & The Gang/Let The Music Take Your Mind", "Work It Out", "No Man Worries", "Am I Your Woman", "Kool To Be Uncool", and "Answer to Mother Popcorn".  © 1996-2021, Dusty Groove, Inc.
(Out of print.)

Coolin' Off
Fog City/Capricorn, 1996. Used
CD...$5.99
The classic first album from Galactic, and a set that did plenty to introduce a mainstream audience to vintage funk styles back in the 90s! Other groups had been hitting the same territory at the time, but for some reason Galactic was able to really take off with the groove – prefacing today' ... CD

Maison Rozoff
Underdog (France), 2009. Used
CD...$12.99
French funk from Juan Rozoff – a singer with a hell of a slinky groove! Juan's take on funk is more from the Prince generation than the James Brown one – but he definitely gets that sharp 80s sound totally right – snapping basslines and laying down beats beautifully, while ... CD

Plug & Play (UK pressing)
One Note (UK), 2008. Used
CD...$6.99
No plug and play here – at least in the "easy as easy can be" way – as The New Mastersounds do everything from the ground up, all with a gritty groove that's been forged over years of hard funky work! This album has the UK combo at the top of their game – working with ... CD