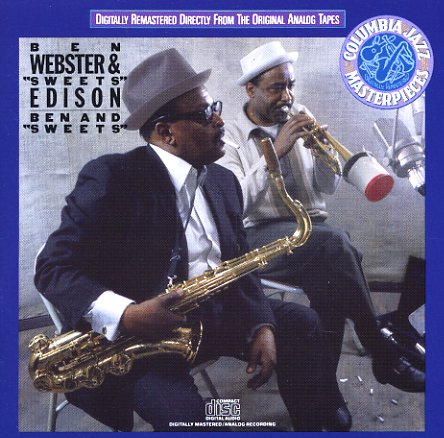 Ben & Sweets finds tenor Webster and trumpeter Edison in wonderful form – both veterans complementing the other brilliantly – with a crack group that includes Hank Jones on piano, George Duvivier on bass and Clarence Johnson on drums. The overall groove is very melodic, but it's still got plenty of kick underneath! Titles include "Better Go", "How Long Has This Been Going On?", "Kitty", "My Romance" and "Did You Call Her Today" and George & Ira Gerswin's "Embraceable You".  © 1996-2021, Dusty Groove, Inc.
(Out of print.)

Monk's Dream
Columbia, 1963. Used
CD...$1.99 (CD...$2.99)
The first Thelonious Monk album for Columbia Records – and one of the best, as well – a beautiful illustration of the way that his shift in labels really set some new fire to his music in the early 60s! The group is Monk's sharp-edged quartet with the amazing Charlie Rouse on tenor, ... CD