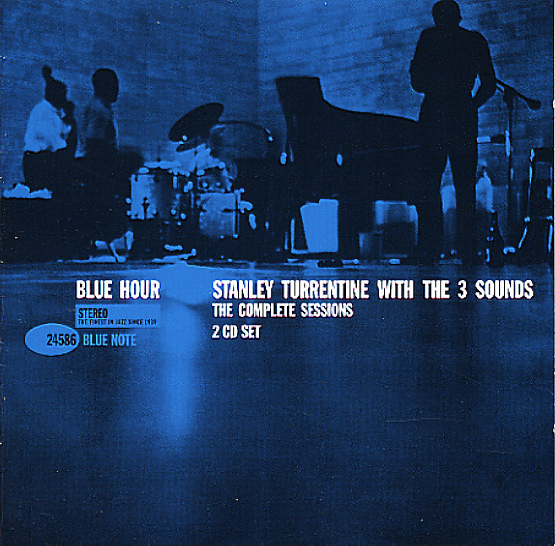 During the early 60s, Blue Note wisely cut a number of sessions that took advantage of their soulful in-house rhythm trio The Three Sounds. The group recorded more than a few successful albums under their own name – but they also did a few great records that feature them backing up a more famous soloist. Such is the case with this one, in which Gene Harris and crew back up Stanley Turrentine for a beautifully mellow set of late nite tracks, played with an easy rolling groove missing from some of Turrentine's other, more full-on sessions at the time. At the time, Blue Note recorded enough material for 2 albums – but only one was ever issued in the US (although a second has recently come out from Japan.) Now, all the tracks are combined on a very nice 2CD set that includes all the original material – with tracks that include "Alone Together", "There Is No Greater Love", "Blue Hour", "I Want A Little Girl", and "Blue Riff".  © 1996-2021, Dusty Groove, Inc.
(Out of print. BMG Direct pressing.)