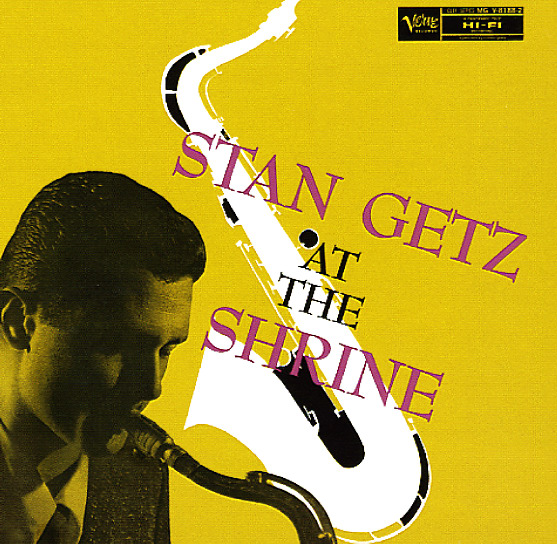 Stan Getz At The Shrine

A classic west coast recording by Stan – recorded at the Shrine Theater in LA in '54, with a group that includes Bob Brookmeyer on trombone and John Williams on piano! The groove is more similar to Stan's eastern sides of the time, given his bandmates here – but the sound is still quite wonderful, and almost a relaxed Verve answer to the sound of some of the Pacific Jazz dates of the period. Rhythm is by Bill Anthony on bass and either Frank Isola or Art Madigan on drums – and titles include "Flamingo", "Lover Man", "Pernod", "Tasty Pudding", "Polkadots & Moonbeams", "Open Country", "We'll Be Together Again", and "Feather Merchant". Great stuff from Getz!  © 1996-2022, Dusty Groove, Inc.
(2009 Verve Originals pressing – still sealed with the hype sticker!)